Not having anything particular on the agenda yesterday, I wanted to do something unusual. Coincidentally, the radio had a commercial playing in the morning that said something unusual was happening at the Maryland State Fairgrounds. It was the World of Pets Expo. I thought it might be a fun diversion, so I went.

It was kind of interesting. There were dog agility courses, and that was fun to watch for a while. They had some dogs and cats on display… also interesting. The vendors were a little scary because their whole life was about their dog or cat. (If it was a World of Plants Expo, I probably wouldn’t be saying that. hehe) Anyway, it was a nice time. Dog and cats and scorpions and rabbits and all…

Here’s a sheep dog running the agility course. He was so fast he was a blur! (Not really). 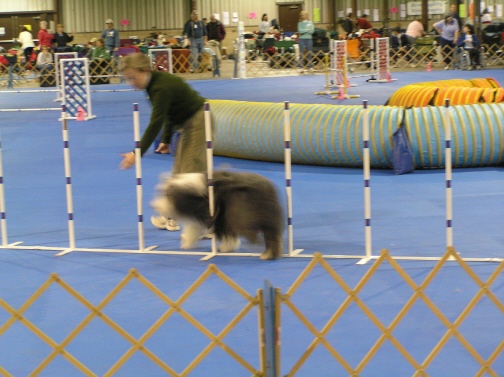 Here are some of the friendlier-looking animals from the show that weren’t dogs or cats. They’re alpacas! 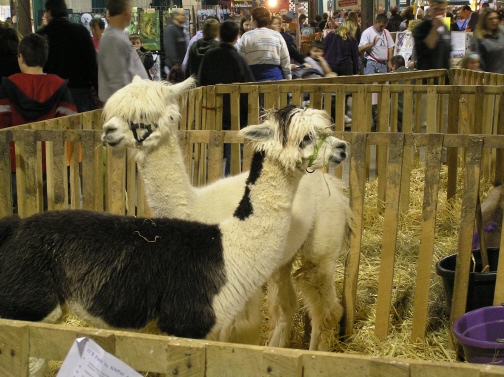