Last night there was a lock-in at school. It was offered at our school’s auction. As it turned out, the one who won it was Michele’s dad. He got it for Michele’s son. He could invite 11 of his friends to stay at school from 8pm to 8am. Under the supervision of teachers, they would play in the gym, have some pizza and make some cookies in the cafeteria, and hang out in the hallways watching movies and playing games.

It was very fun. Most of the kids conked out around 4am, but a few committed souls stayed awake all night. Here are some photo highlights:

Playing in the gym 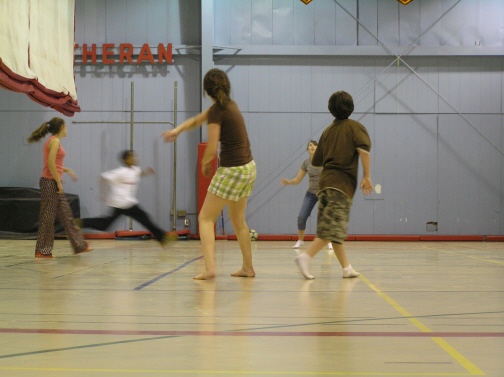 Making pizza. Michele is using a pot lid to cut pizza. Kim has snapped from lack of sleep. Fortunately, no one was injured. 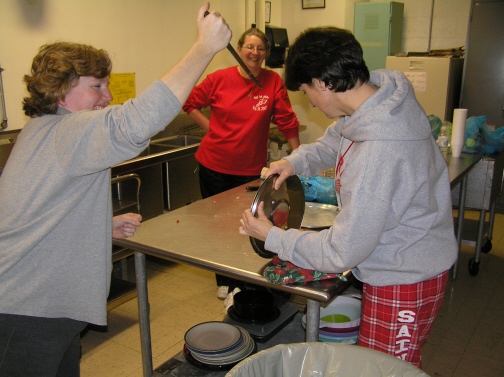 Making cookies. Debbie brought in dough and they topped it with their choice of toppings. 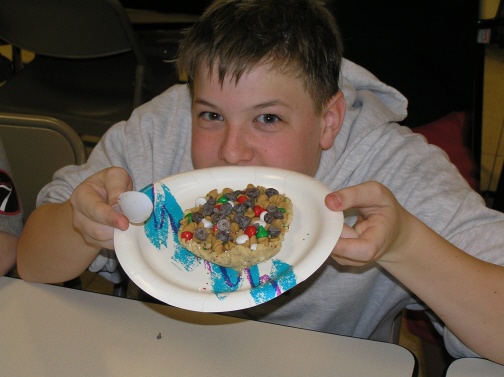 This is the group who tried to stay awake all night. Some of them made it. Playing computer games helped. 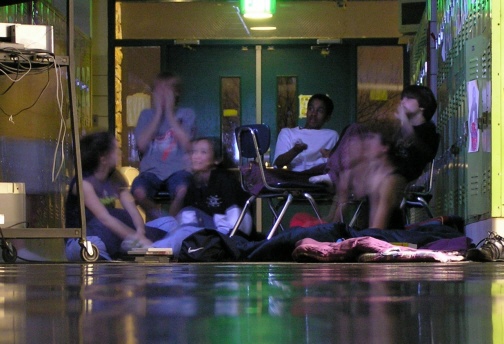 Everybody left pretty quickly after 8am, but two of them had to stay for detention from 9 to 10. Here is one of the poor souls. Heh, heh, heh… 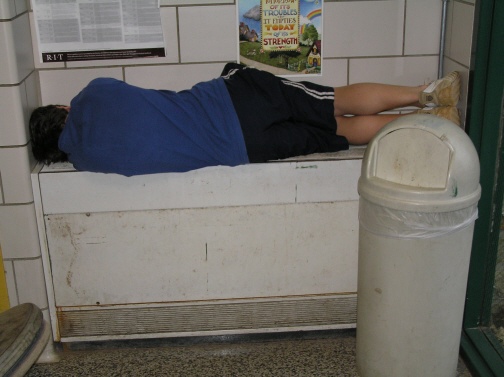 UPDATE: Here’s David. He made it to the end of the lock-in without sleeping, but fell asleep waiting to leave for home. 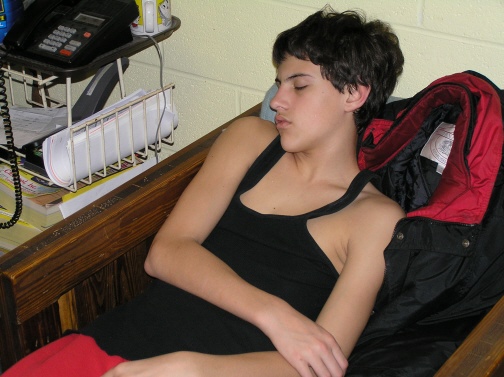