Last night was the annual lock in event we do for our school auction. Michele’s dad won it. Michele’s daughter was the recipient. It was a great group of kids.

I got there late because of Denis’ birthday celebrations. I tried to convince him to join us at the lock in to continue his birthday party, but he declined. Because I was late to the lock in, I decided to play a little prank. I dressed in my dark bathrobe and a hood and came in a side door of the gym (where everyone was gathered when I got to school). I walked into the gym without saying anything. I really freaked out Kim, Michele, and Peggy. Ha! The kids weren’t scared – they were mostly confused. Except Bryn, who said he was walking towards me to take me on.

The evening included all the usual festivities:

Sleeping bag races in the hallway- 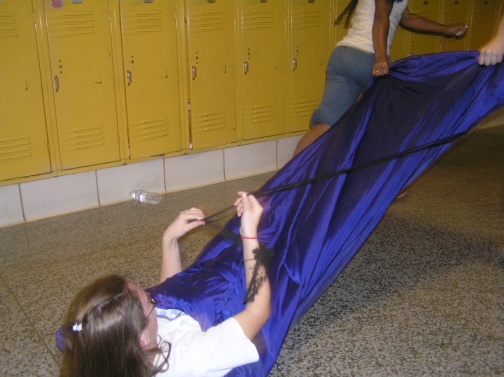 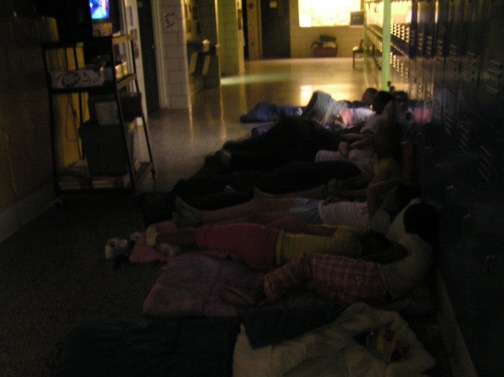 And sleeping in the hallway- 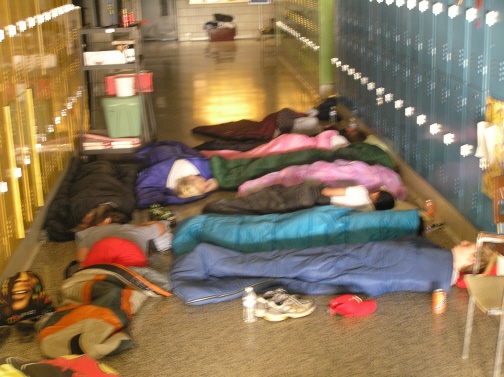 It was a fun night. And we actually did get some sleep. I think I’ll be moving a little slowly today though.