I was summoned for jury duty again yesterday. It’s happened once a year like clockwork. Each time my juror number is really high (937 out of 999 yesterday), and each time I get called in.

Yesterday I sat and sat and sat. At 11am, I was called to a court room, along with 150 other people. We barely crammed in. The judge told us to go to lunch and come back at 2pm. By then it was 11:30. My hour-and-a-half lunch break was nice, but it was a rainy day, so I couldn’t walk the harbor.

Upon returning, we went through the usual process called voir dire, which everybody was pronouncing “vwa deer”. The judge started by announcing this was a homicide case and would take at least until the end of the week. He said anyone for whom this was a “painful inconvenience” should stand. At least fifty people stood. He then spoke with each of them individually about their reason for standing. It took more than an hour. I read a little, slept a little, and read a little more. He asked a few more questions, more peope stood up, more private conversations, more reading.

The judge’s last question was the one that almost had me standing. He asked this question: “Is there any question you wished I had asked you?” I almost stood so I could talk with him about my terrible experience last year and my feeling that something is broken in the Baltimore City court system, but by then it was quite late and no one wanted anyone else to stand. Plus, I was a little afraid that the judge might throw me in jail or something.

The lawyers went through at least a hundred people to get their final selection of 12 jurors and 4 alternates. I was not one of them. They were on juror number 818 when they got the final seat filled. 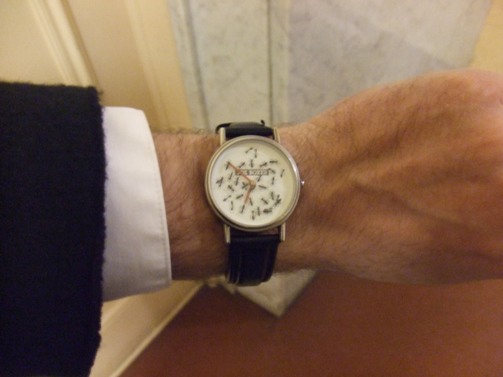