I have to do a garden update for the memory archive. It was exciting to see the changes that came from just a week of being gone. Everything is coming along nicely, but I will only highlight a few items.

The hesperaloe parviflora is blooming. I think it might be my favorite latin name from my garden. Go ahead. Say it a few times. Hesperaloe parviflora… hesperaloe parviflora… It’s fun, isn’t it? This has bloomed only once before. That was two years ago. I’m very excited to see the blooms again. They’re magnificent! The bloom spikes are about nine feet tall and they last forever. I’ll try to remember to document when they’re done. I’m guessing August. 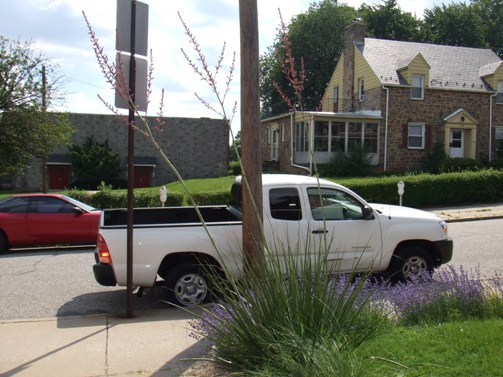 I tried to grow special varieties of bee balm (monarda) from seed this year. Out of the hundred plus seeds I planted, I got two plants. One monarda bergamo and one monarda lambada. If they make it to adulthood, I’ll see if it’s worth trying again next year. 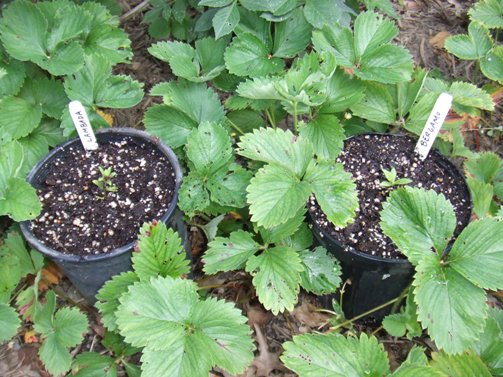 I’m very excited about developments in my pond. I’m slowly training my goldfish to take prepared food. Up ’til now they’ve just been living on whatever they could find in the pond. If they get used to me feeding them, they will come to the surface whenever anyone approaches. 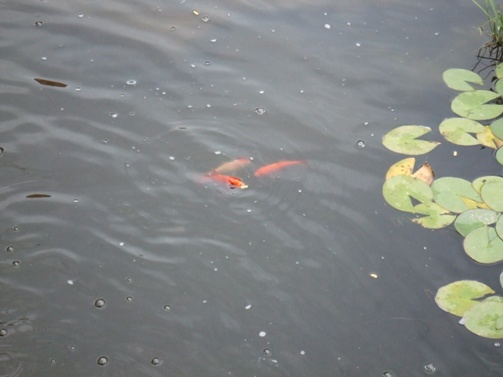 And my little tadpoles are growing up. They’re miniature frogs now. It’s hard to catch a glimpse of them because they are very shy. 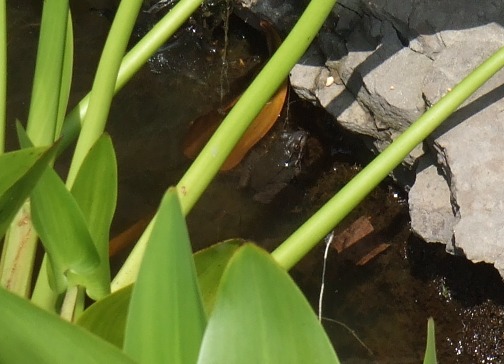 The single cherry in my cherry tree is gone. Stupid squirrels.