Lloyd and Lauren are back! Yay! I can finally post about this!

After Lloyd and Lauren left, I started working on a secret project. I wanted to make a new garden bed. Beth suggested I strip away the grass immediately behind their house because they have a crazy-big lawn and mowing it takes forever. I should have been posting about this every day, but I wanted it to be a secret. So instead, here’s one super-long post:

Here’s the before picture: 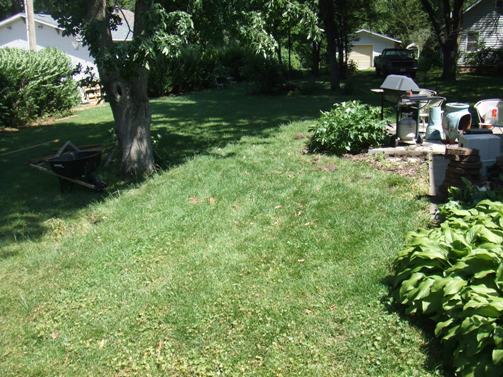 I rented a sod cutter to remove the grass. It was one of the coolest garden machines I’ve ever used. 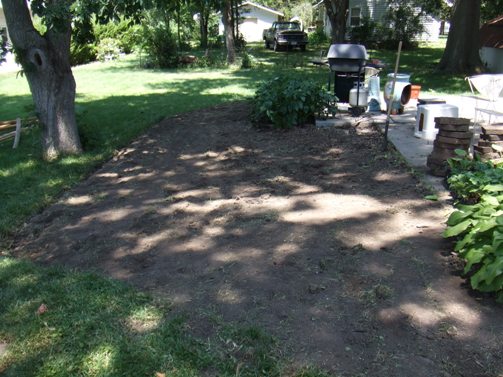 I pulled off the old landscaping timbers and took them to the dump. Then I put new ones in. I also moved the peonies. That’s when their house toad scared the bejeebers out of me. 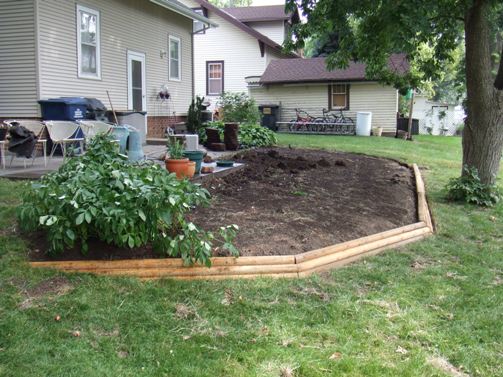 Harold helped me collect a whole bunch of rocks from behind their neighbors garage. (Thanks Harold! You rock! Ha!) That’s when I got poison ivy and was nearly crushed by a tree limb. Deciding what to build was the most difficult part. 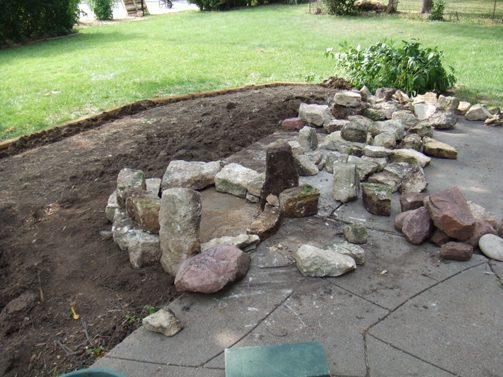 I decided on a firepit. It came together really nicely. And I didn’t hurt my back. 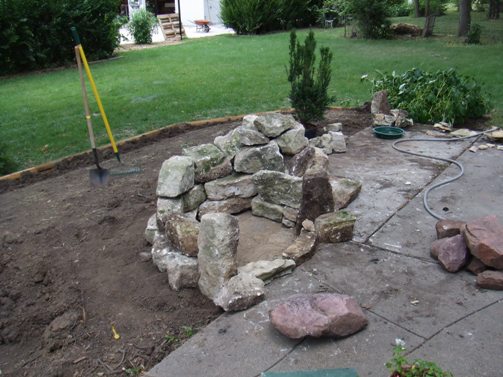 I filled the spaces in with plants and mulch. Beth suggested that I “stage” the firepit with some wood. The fallen limb gave me all kinds of sticks. 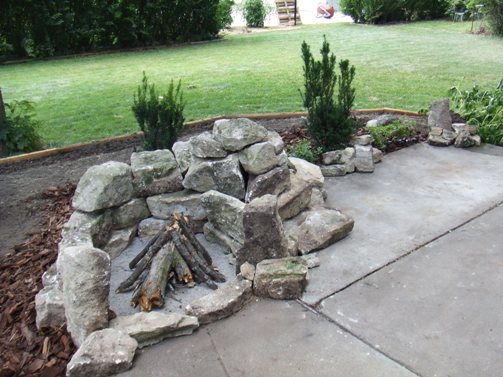 The rest of the garden bed is unfinished. I have some plants to get in the ground still, but all the empty space will give me work to enjoy for the next couple of summers. 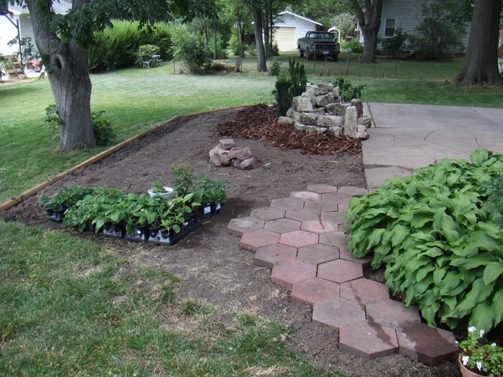 And, for comparison, the “before” picture one more time: