If I could punch O’Hare Airport in the face, I would. I hate flying through there. If not for the last-minute nature of my travel arrangements, I would have gone through any other city to get to Nebraska and back. ANY other city.

It seems like every time I fly through Chicago, my flight is delayed or canceled because of weather. If the weather is so bad for flying, it seems strange that airlines continue to connect through O’Hare. Wouldn’t they increase customer satisfaction AND save massive amounts of money if every other flight they book wasn’t delayed or canceled? I think some city is missing a big opportunity… “Build an airline hub and they will come.”

I finally got on the tiny plane that was going from Chicago to Baltimore. I was really nervous because I was in the very last seat in back and thought I might get airsick. But there wasn’t any turbulence. And no one made any stinky visits to the bathroom. Thank God for small blessings! 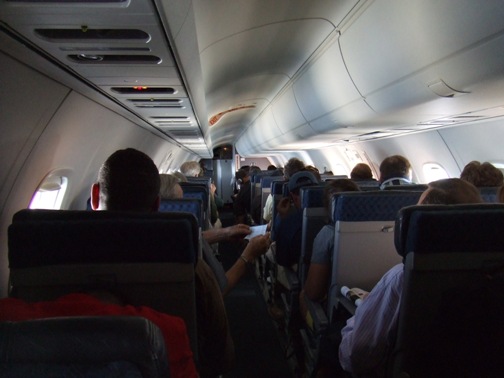 14 Responses to I Hate O’Hare Airport