When I was at Five Guys burger place the other day, I was looking at the bottle of Heinz malt vinegar. There was a recipe on the label that sounded intriguing. It was for Peachy Chicken. I took a picture of the label thinking I might read the recipe from the picture, but it’s easily found all over the internet. One person even jokes about how there is no other recipe on the Heinz malt vinegar bottles. It’s all Peachy Chicken.

I made the recipe last night. It’s fun to cook every once in a while, but it sure is expensive. The ingredients for this dish were in the neighborhood of $25. I could have eaten at a fancy restaurant for that kind of money.

It was along the lines of sweet and sour chicken. It could have used something green like broccoli or snow peas. I liked it well enough, but I probably won’t make it again.

I ate toasted marshmallows for dessert. Yum! But it was freakishly hot last night, as it has been for the last couple of weeks. Sheesh! I sure picked a fine time to build a firepit. 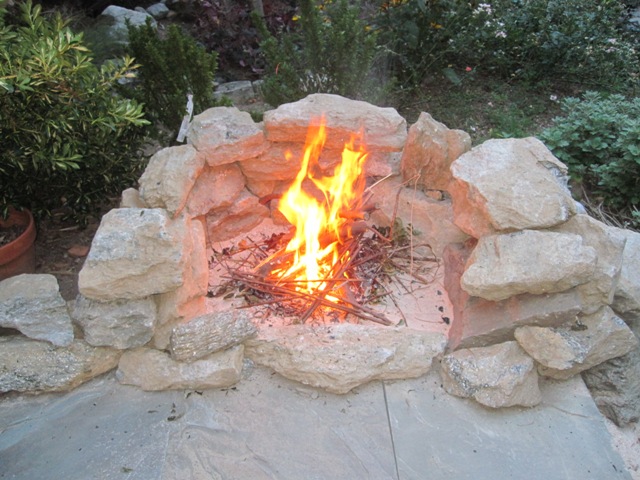