Here’s something else I did on Sunday. I’m amazing!

A while back, I got a staghorn fern and fastened it to some cork bark and hung it on my wall. I saw a picture of one in a magazine and wanted to replicate the scene. There’s a picture of it in THIS post from 2007. I was successful, but my fern wasn’t nearly as big as the one in the magazine. Recently I had lost interest in the fern and wasn’t being a very good caretaker. It showed. I took it outside so it could live out its last days in the beauty of nature.

That left me with a metal framework thingy hanging on my wall: 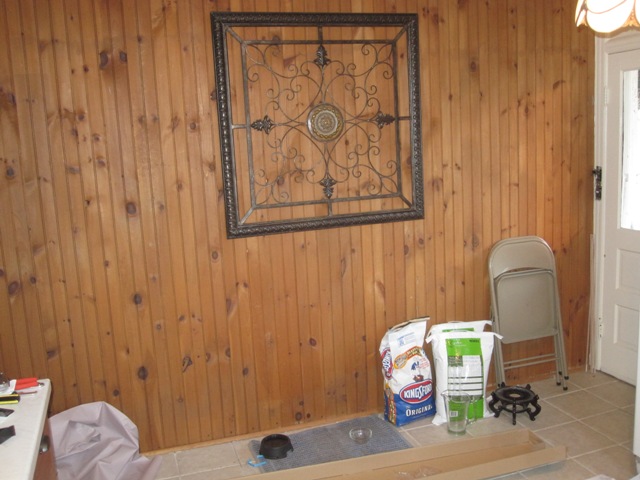 I didn’t care for it much. And then I remembered that years ago I bought a giant Monet Waterlilies artwork thing at IKEA. I had intended to hang it in the stairwell when I refinished the hallway ceiling and walls. But I don’t think I’ll be refinishing those walls anytime soon, so I decided to use the Monet in the kitchen. 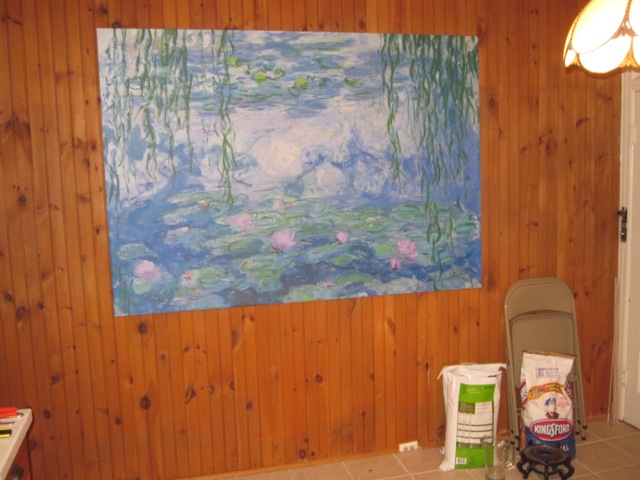 5 Responses to And Another Thing…