I have been asking students to repeat themselves an awful lot. It is embarrassing for me to have them say something three or four times, and I think it’s embarrassing for them. Are they all just mumblers, or is there something else going on? A couple weeks ago, I had three incidents in one day. I decided right then that I would have my hearing checked.

My appointment with the doctor was yesterday. It was terrible timing. Midterm grades were due. I should have checked the calendar a little more carefully. Things worked out okay… I took some grading with me for while I waited. But still… it was a little stressful.

The doctor checked first for wax. No problem there. Then he checked for fluid buildup in my inner ear. He did a series of tests with a tuning fork. After striking it, he put it against my skull in various locations. I almost told him about my weird friend Lauren who has some weird thing with bone induction hearing, but not knowing the details very well, I thought I’d better hold back.

The doctor thought there was nothing physically blocking my hearing, but he recommended going to an ENT doctor to be sure. He also gave me the name of an audiologist so I could do a hearing test. On the one hand, I want to know if something is wrong because I’m tired of all the repeating, but on the other hand, I don’t want to know, because what if I have to do something about it? 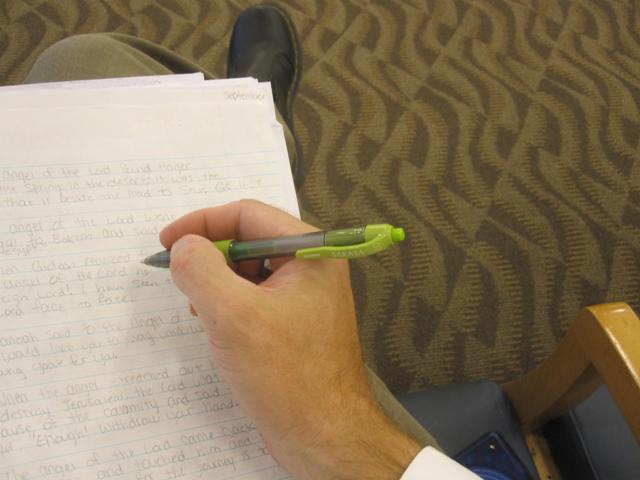