The Fourth Time’s a Charm

It’s time for another video walkthrough of the garden. I’ve been especially excited because the sedum is finally blooming. Two Saturdays ago, the sedum flowers were covered with butterflies. It was magical. I got my camera out and recorded the beauty of the butterflies while talking about the virtues of my garden in August.

Wait… Did I say “August”?!? Arrgh! It’s September! I said “August” at the beginning of the video and at the end. Blast! I had wonderful recordings of butterflies, but I couldn’t use them.

I waited another week so I could do my filming during the day. I didn’t get as many butterflies in the video, but it was good enough to post. But wait… Did I say “August” again? I did! Dang. I decided to to another video the next day, even though it wasn’t sunny any more. I started out by saying “September”, but then said “August” several times. Dang.

Yesterday I left school early. It was so hot. The air conditioning at school isn’t working right now and the temperatures were high. Because I left early, it was still light enough to film the garden! Woo hoo! And I said “September”! Woo hoo! 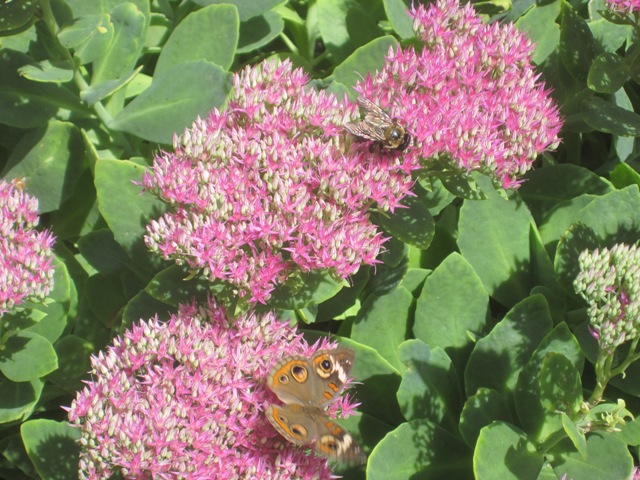 2 Responses to The Fourth Time’s a Charm