An Australian in the Outback

Nigel from Australia is traveling again. He’s in northern D.C. right now. I met him for dinner last night. Last time, we just drove randomly down some roads hoping to find a restaurant and ended up in a noisy sports bar. After an internet search, this time we went to Outback Steakhouse, because how funny is that?

Nigel said the restaurant wasn’t as bad as he expected. Their martinis were just okay, according to Nigel, who is a gin aficionado. I really dislike gin, which came as a great surprise to him. I think gin tastes like pine trees. Anyway, the food items on the menu were pretty straightforward. I did have to explain a few things to him: they don’t actually serve bloomin’ onions in Australia.

There was an Australia-shaped wall hanging in the entryway that Nigel had a good laugh about. We took our picture in front of it: 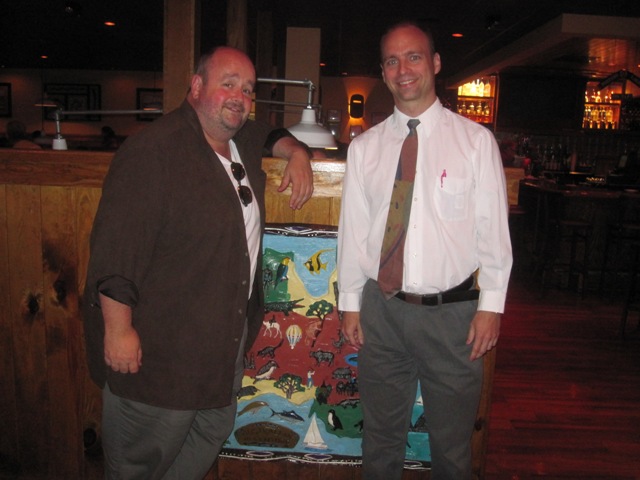 5 Responses to An Australian in the Outback