The murphy bed is assembled! Woo hoo! After all the scary and meticulous measuring, it was a fairly easy and stress-free process to put all the parts together. My assembly went according to the instructions on the DVD. The only snags were caused by my house being so old.

One difficulty was that the floor and walls are not square. I had to shim the bottom of the cabinet. 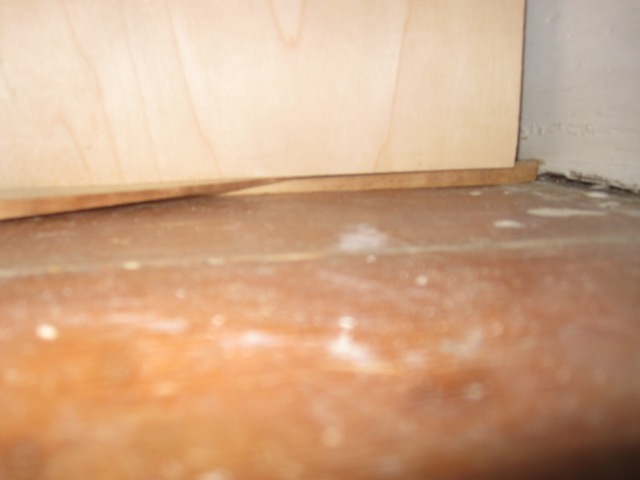 Another difficulty was in finding the studs in my walls. I have plaster over lathe. I wasn’t sure an electronic stud-sensor would work. I asked the guy at the store, and he talked for quite a while with me (he was quite a talker). He said when he used a stud-sensor, he would confirm by drilling into the wall and seeing if the drill hit any resistance. I am so glad he gave me that tip. I used his trick. It gave me such peace of mind. I know for sure my cabinet is attached to the wall-studs and will not be crashing down on anyone. 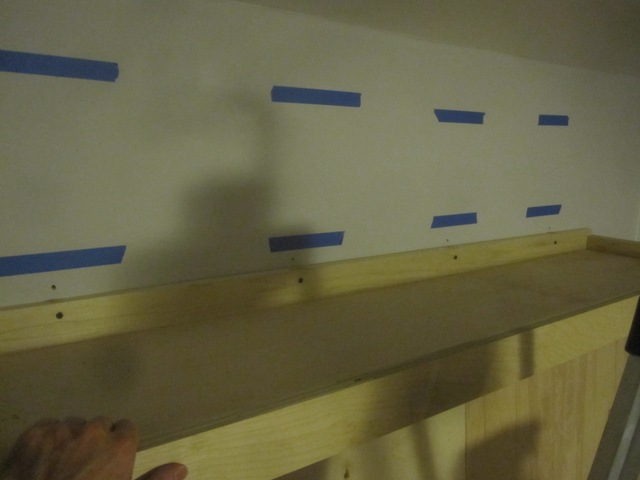 I still have to finish the bed frame, attach some trimwork, and paint the cabinet, but the moving parts all function properly. Yay! 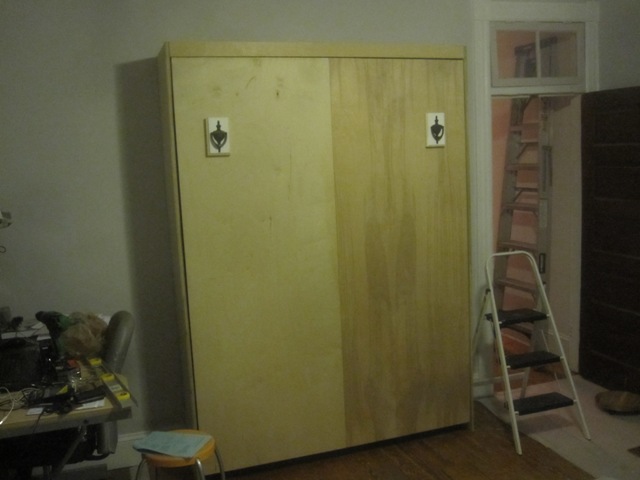 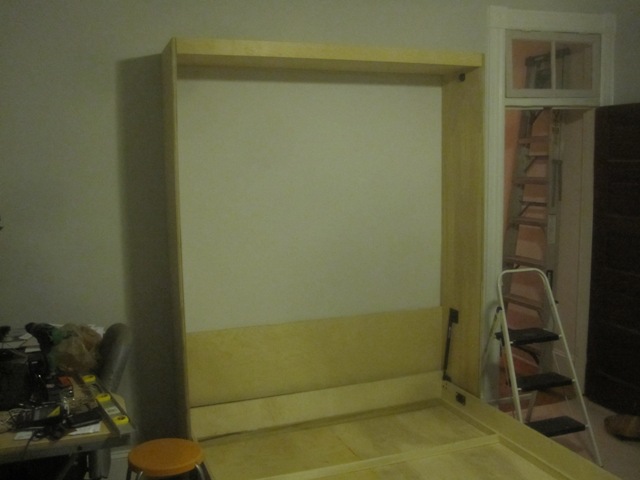 This entry was posted in Murphy Bed, Projects. Bookmark the permalink.