I have had a long-standing difficulty with artificial sweeteners. They leave a bitter-metallic aftertaste in my mouth. And it can last for hours. I first mentioned it in one of my earliest posts. In spite of the aftertaste, I’ve tried to convert to diet soda. It didn’t work. I have identified sugar alcohols (maltitol, sorbitol, xylitol) as NOT producing a weird aftertaste for me, but have found no drinks that contain them. I think that has to do with the fact that sugar alcohols are not calorie-free, an in large quantities can cause diarrhea.

Then along came Pepsi Next. It had less calories, but not no calories. Did that mean it was sweetened with sugar alcohols? No. No, it wasn’t. It has a blend of sugar and aspartame (the blue packet) and sucralose (the yellow packet). I saw it in the checkout lane and decided to give it a try.

It does taste more like regular Pepsi, what with all the sugar in it, but it still has the metallic taste of artificial sweetener. Dang.

For the sake of my acid stomach, I have slowly reduced my soda drinking, and I’m doing pretty good. But it sure would be nice to have a reduced-calorie soda I could drink without that bitter aftertaste. Maybe some day. Maybe some day… 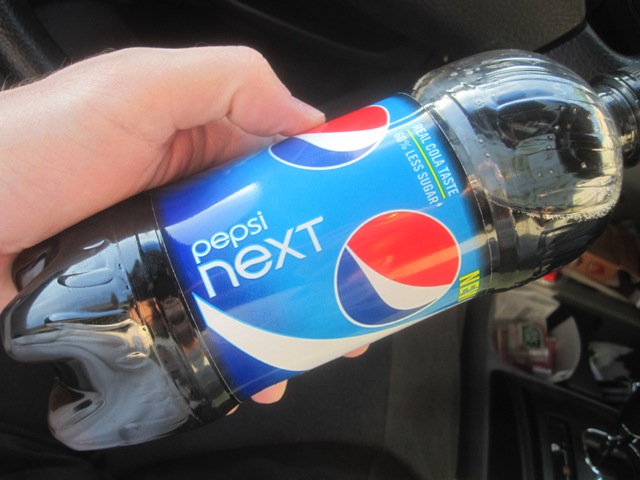 2 Responses to Pepsi Next