Yesterday our first order of business was snorkeling. I didn’t get a picture. It’s hard to take pictures of snorkeling because I would have to leave my camera on the beach and I’m worried someone might take it. We didn’t spend a lot of time in the water anyway. It got choppy and cloudy, so we left early.

Our next stop was the swap meet. I also did not get any pictures of that. Lloyd was looking for a specific shave ice booth, but they weren’t there. He asked, and the neighboring booth said the shave ice guy was out of town. Dang.

By then, it was time for lunch. We went to Jack’s Inn. Curt got the quintessential Maui meal: loco moco. It’s rice topped with a hamburger patty, a fried egg, and gravy. He ate the whole thing. Good job, Curt! 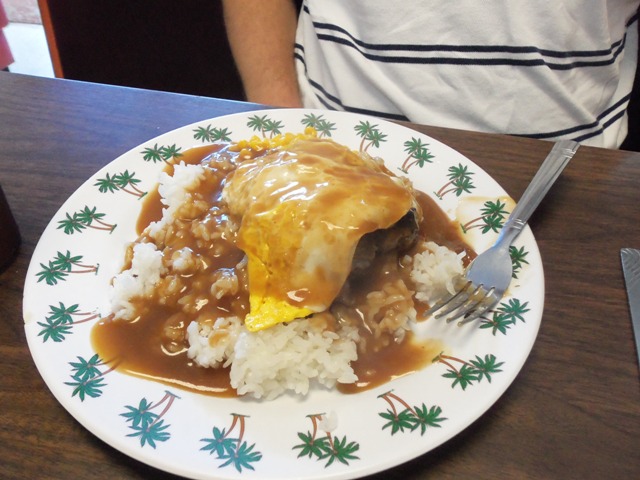 Their gravy was delicious!

We went home for a nap. After our nap, we decided to take a long walk down the beach. The tide was high and the wind was blowing pretty hard, but it was nice anyway. Along our way, we made two amazing discoveries. One was a dead puffer fish. It was big. 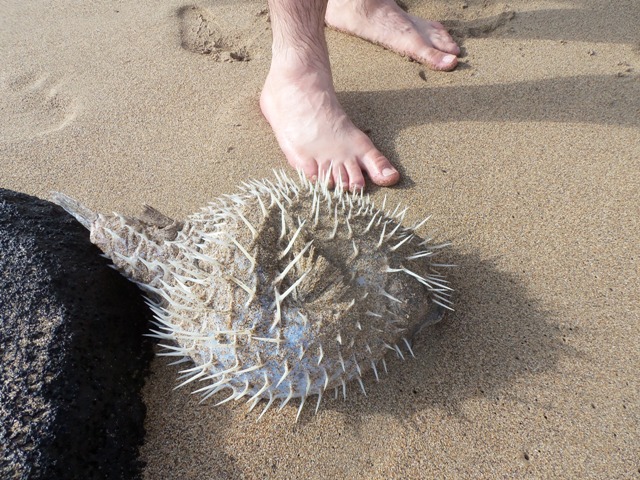 Lloyd’s foot is for scale.

Next, we stumbled upon the rare sea tire: 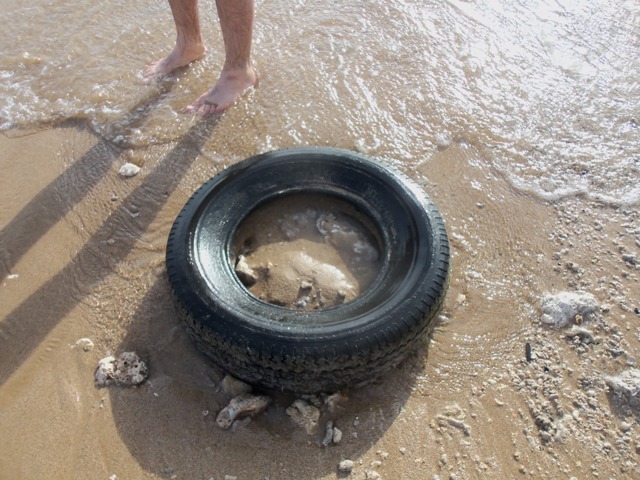 Lloyd’s foot is for scale.

We walked far enough south that we could eat at a restaurant in Kihei called Stella Blues Cafe. It was good food. In fact, I think the caprese salad I had was the best I’ve ever tasted. The ingredients were in perfect balance.

By the time we walked home, it was 8:30, and we were TIRED! We showered and all went to our beds.

3 Responses to Food and Finds