Michele invited me to go to a play at my old school last night. I haven’t been back to the campus in a while. It was fun to be there again. I parked in my old regular spot. 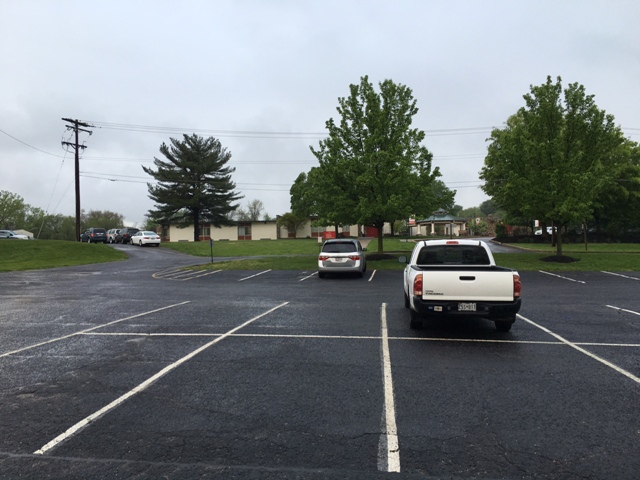 It was light out when I arrived.

The play was Godspell. The stage was “in the round”. Michele got great seats in the front row and next to a ramp. 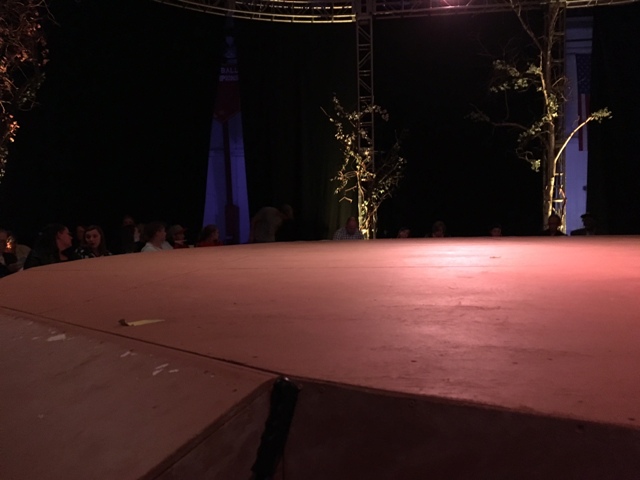 So close to the action!

The kids did a great job! I loved the energy they had. It was particularly fun to watch because in 2003, I was in Godspell. I had flashes of memory, but it was mostly pretty cloudy. The year I was in Godspell, the exhaust line of my old truck was leaking into the cab. The constant exposure to carbon monoxide was scrambling my brain.

Because they were doing Godspell again, they pulled out some paraphernalia from the old production. Among the items was an old cast photo. I had to take a picture: 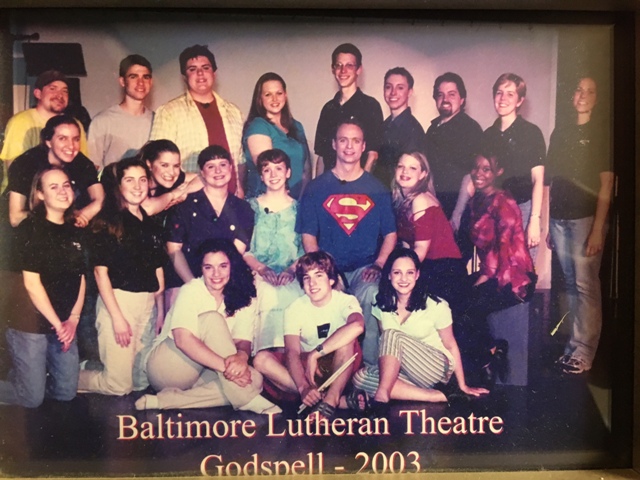 I am the one in the Superman shirt.