Yesterday was the Hamilton street fair. It’s usually really bakingly hot for the street fair, but this year, it rained. The wetness was inconvenient, but the cooler temperatures were nice. 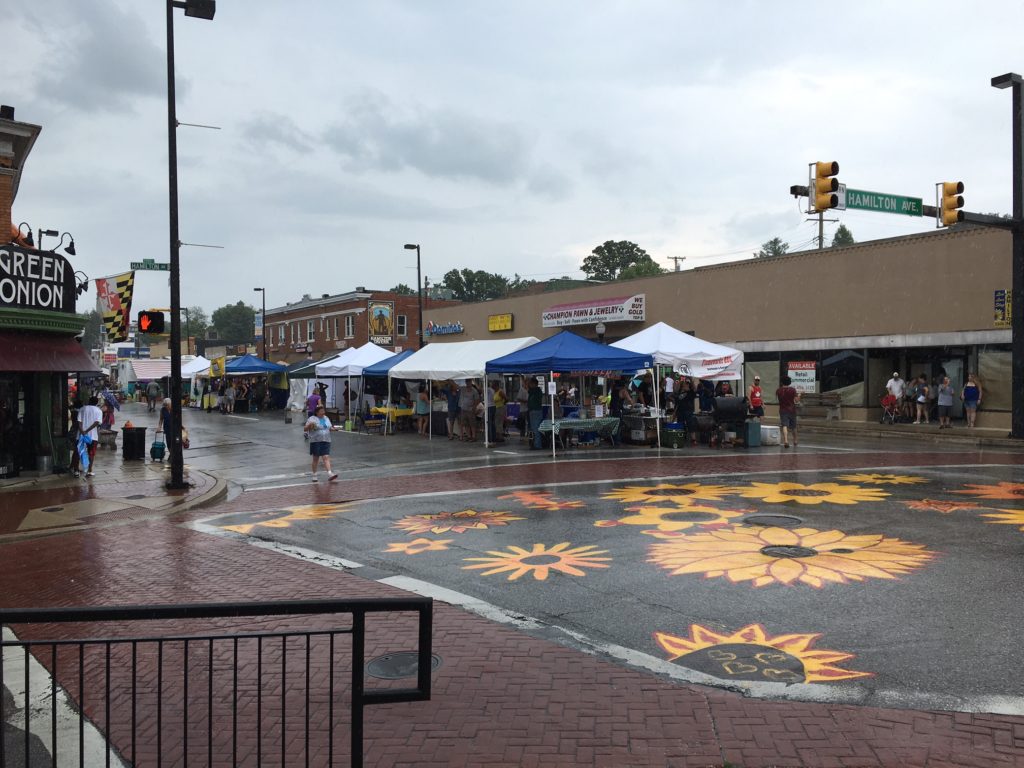 The intersection of Hamilton and Harford has sunflowers painted on it!

About ten days ago, one of my neighborhood neighbors stopped by to chat. His name is Bob. He happened to mention that his son was an artist and would be offering screen-printed apparel at the street fair. I remembered some screen printing from previous years. It had robots and tentacles. I really liked it, but didn’t end up getting anything. This year, I decided I would. 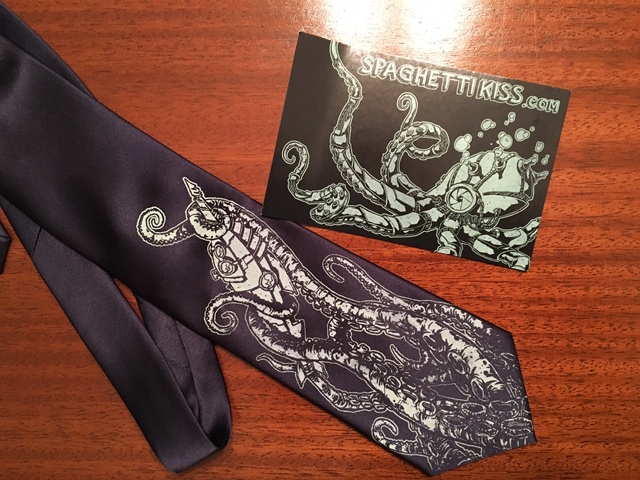 My favorite offering was a tie with a Cthulhu design, but I didn’t think I should probably wear that to school. Instead, I got a tie with tentacles attacking a submarine. Perfect! That’s a literary reference. Just the thing for a Literature teacher.