I went hiking with my pastor yesterday. He knew about a trail called 13 Crossings. It’s a trail that follows a stream bed and crosses it a lot. He had been there before and seen a waterfall, but he wondered what else was there.

The trail was fun – lots of rock-hopping. It reminded me of a campground in the Smoky Mountains that we visited when I was a kid. We counted the crossings. I took a picture when we got to the thirteenth crossing. 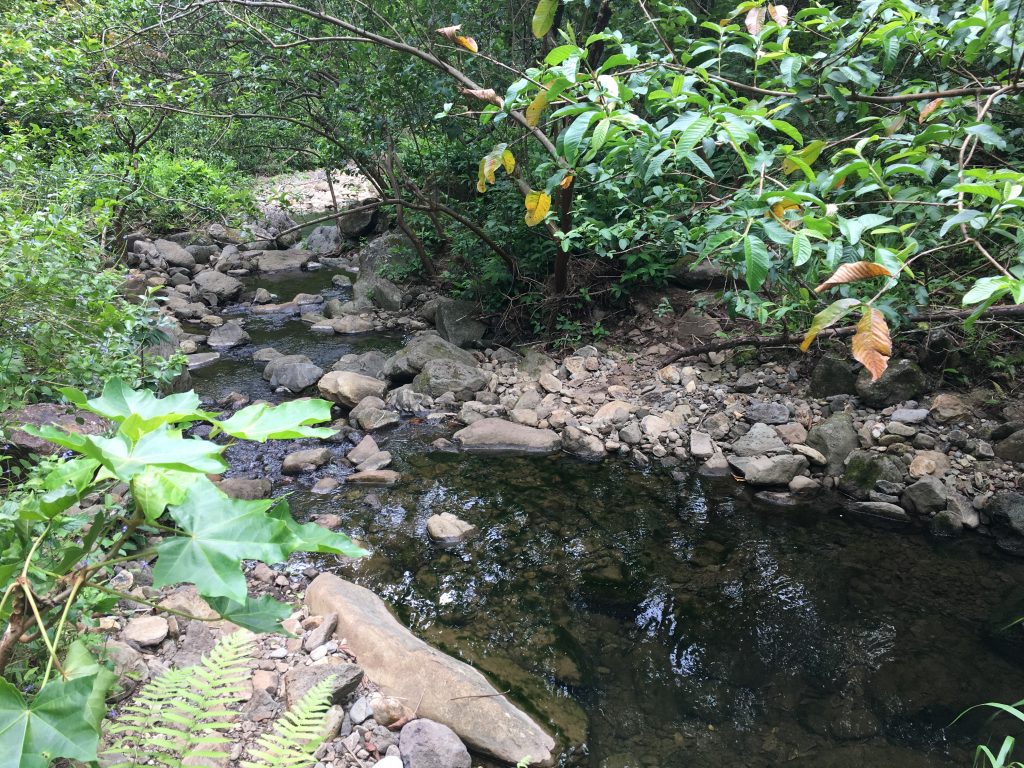 At this point, my shoes werent wet. Yet.

There wasn’t anything there, so we kept going. Then, after the eighteenth crossing, we went around a little bend, and there was a waterfall! It was so cool. There was a rope hanging down the waterfall. I was too chicken to try climbing it, but Josh went. 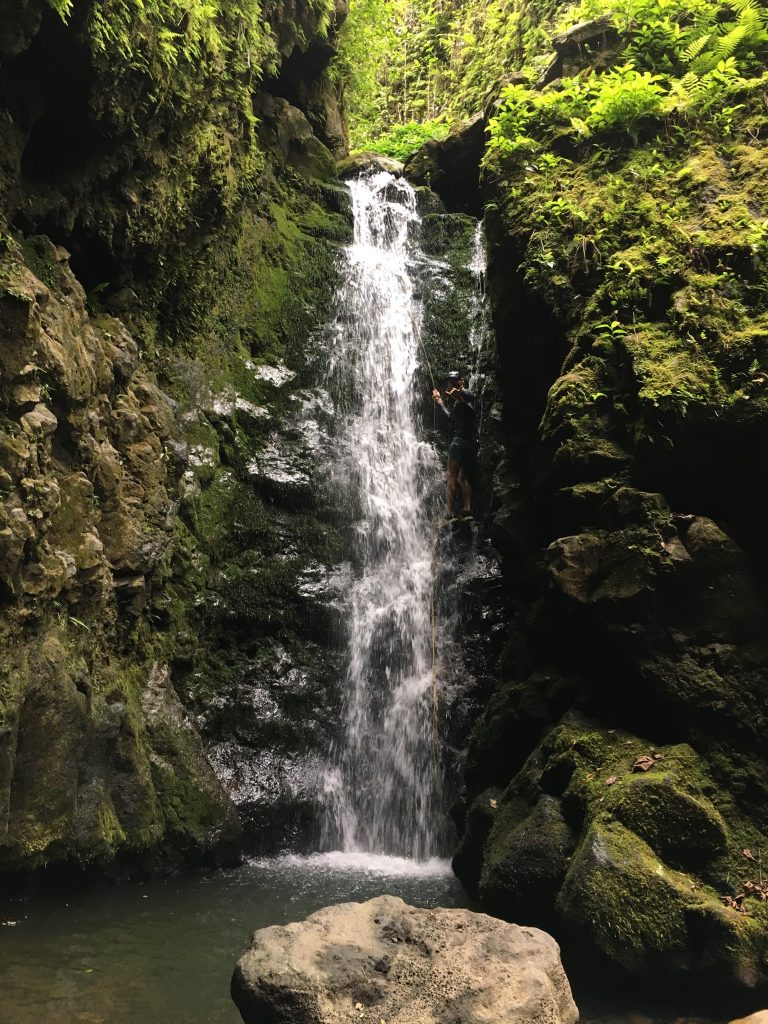 He got halfway up.

There were two branch-offs from the main stream. We went down both of them on our way back.

The first branch we followed led to short but vigorous waterfall. There was no way I’d brave the rush, but once again, Josh did. At the top was a double waterfall. 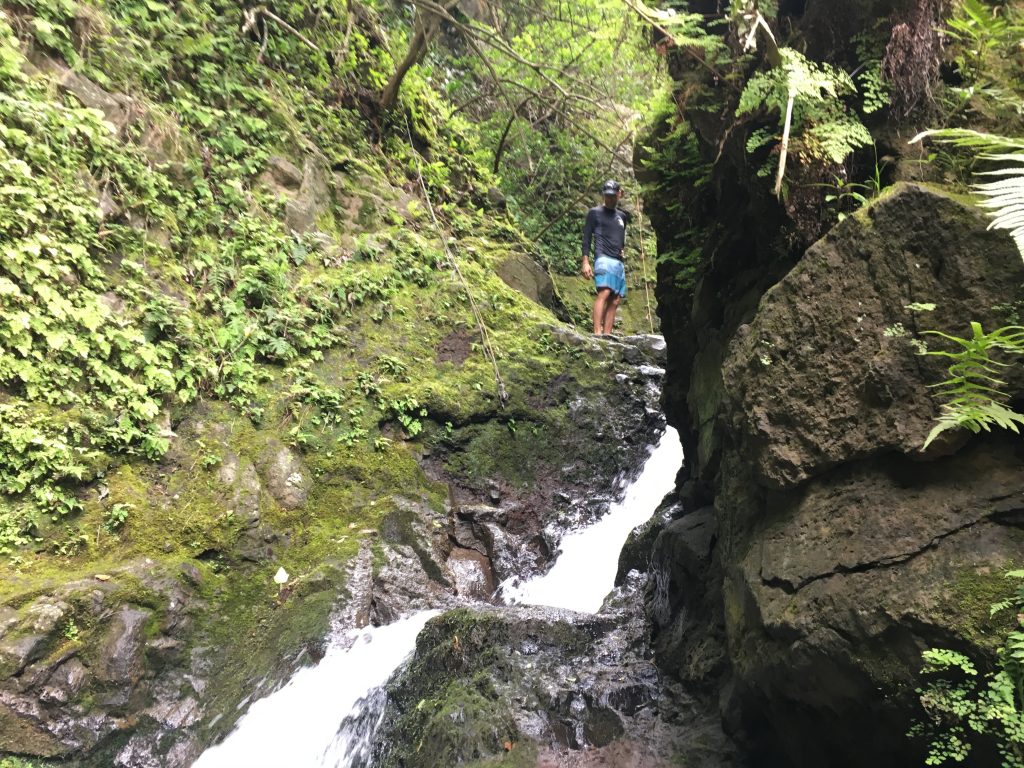 He just straddled the waterfall and climbed up. Yikes!

The third waterfall we saw also had a rope by it. This was much shorter and much less scary, so I climbed it. It was still pretty hard (for me). 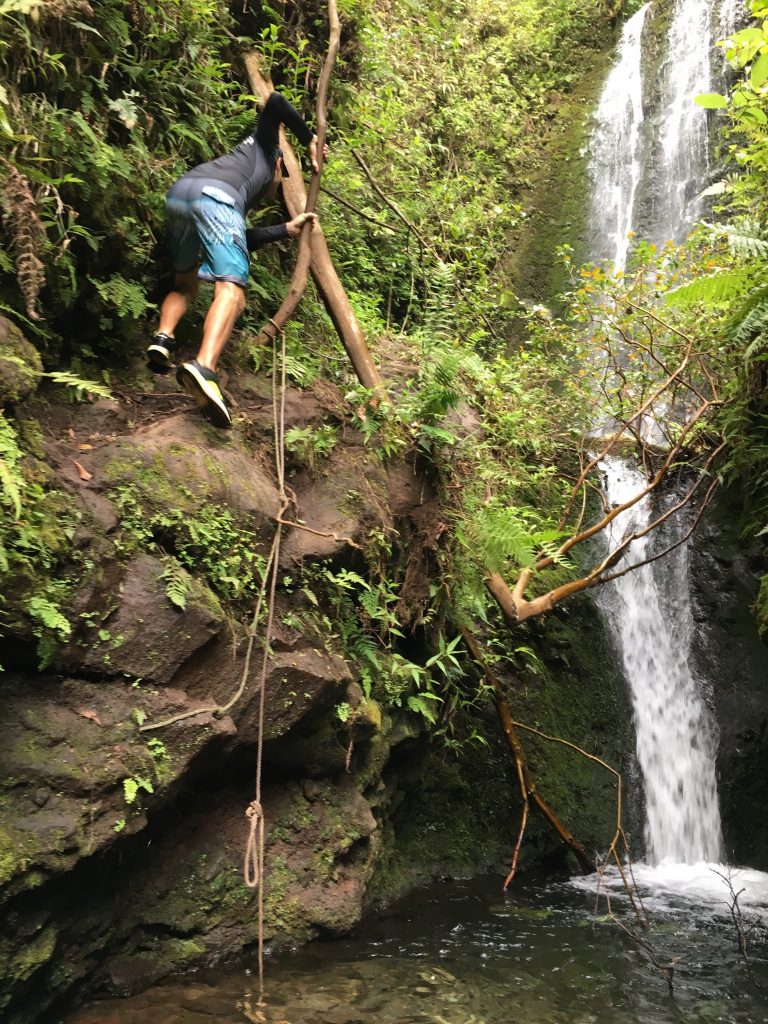 The payoff was worth the work. It was the highest waterfall we saw all day. It was amazing! 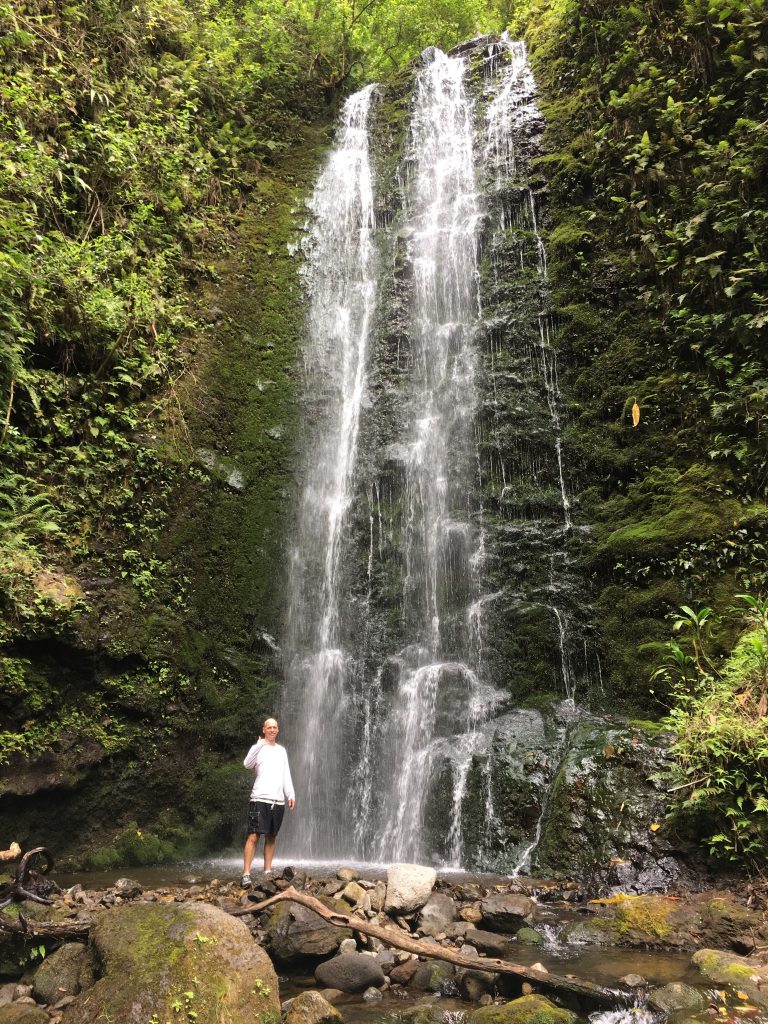 After leaving the trail, we crossed the road and saw some more short falls and nice swimming holes. I’ll definitely remember this trail for future hiking excursions.

3 Responses to Many Crossings