The biggest chunk of time yesterday was spent driving back to Los Angeles. It was a pretty easy day of driving.

There were lots of sights to see, but one of the most interesting was the doorknob on the bathroom stall in one of the gas stations we stopped at. It had some kind of self-cleaning feature. The handle was wrapped in anti-microbial plastic that somehow changed after you used it. I wanted to stay in the bathroom to fully understand its mechanism, but there were a lot of people in there, so I had to keep moving along. 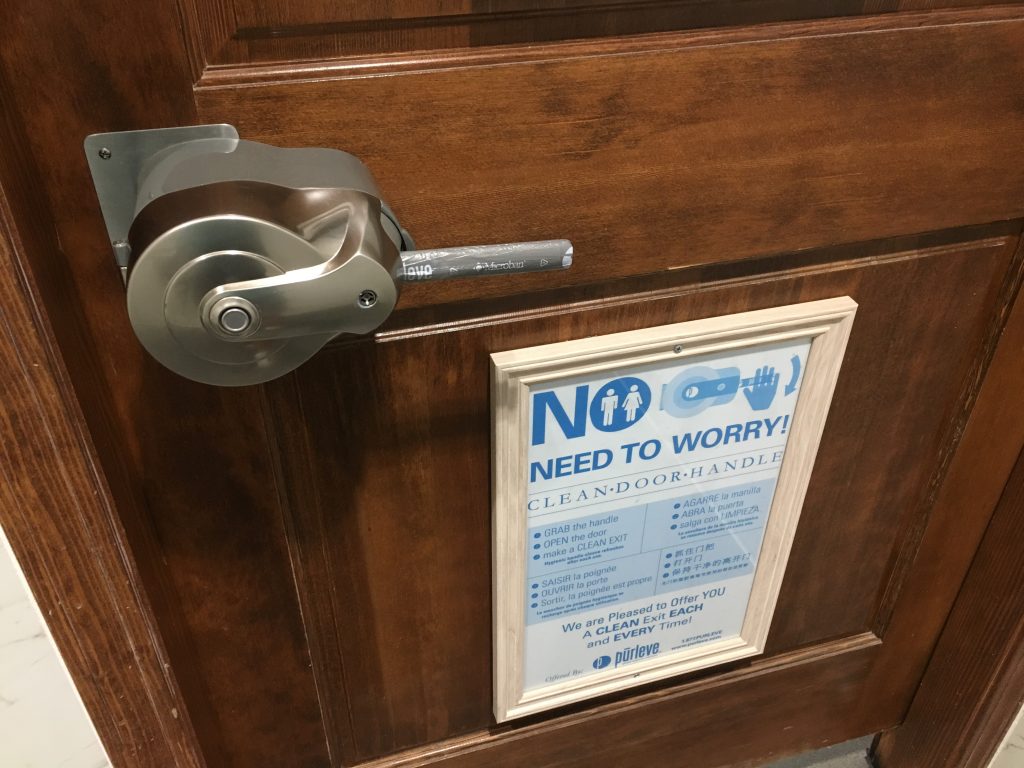 I did like that these stalls had actual doors, so there were no big cracks along the sides of the door for people to see through.

When we got back to LA, Denis ran a bunch of errands, most of which involved shopping. I enjoyed it thoroughly. The stores were giant compared to Maui, and there was so much variety!

In the evening, we took a break for dinner at a Thai restaurant. The food was amazing!

4 Responses to Driving and Shopping