Ever since I set it up, the aquarium in my classroom has included guppies. I got yellow ‘cobra’ guppies. They were spectacular. And little by little, they have died off. It may have been a water quality thing. Or it may have been that I had lots of males, and few females. That could have caused the males to fight and kill each other.

I periodically look for yellow guppies to boost my population. I see yellows every once in a while, but no more cobra-style guppies. I’m disappointed about that.

The problem now is my loaches. They did a great job getting rid of all the snails in my tank. But now they’re getting bigger, and a little aggressive. I think that any baby guppies that are born will just be loach food. I wonder if my local pet store would accept them… 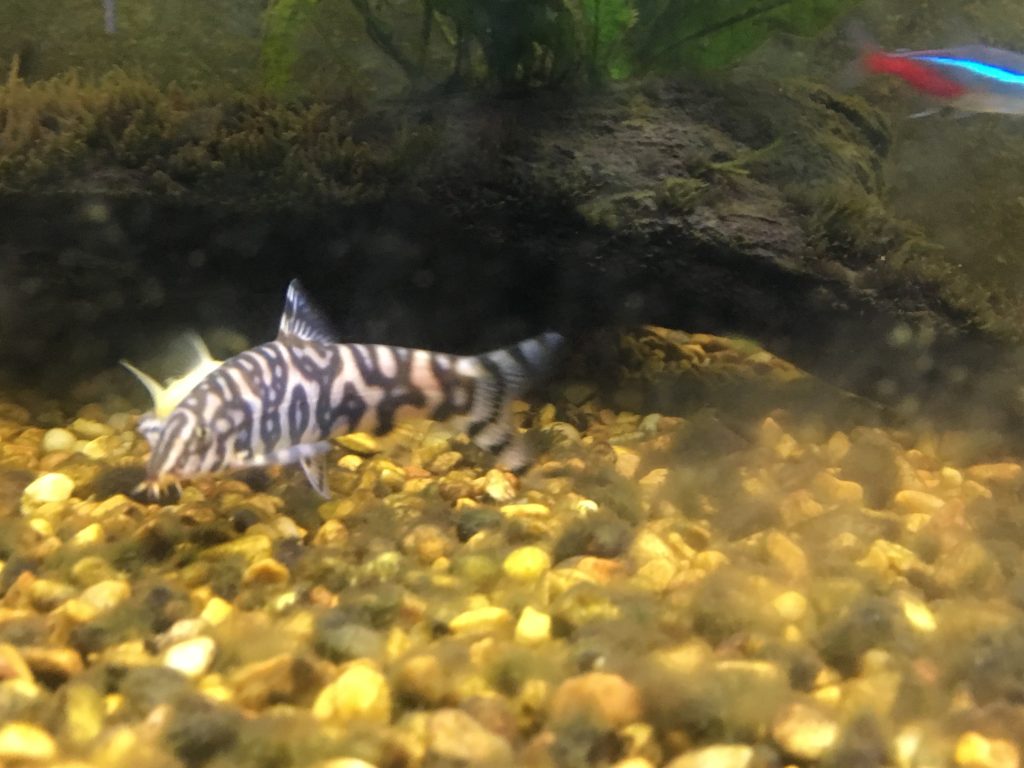 One Response to A Guppy Story