The fun for the day yesterday was shopping! Yay!

But first, a stop for some food at a place I can’t go to on Maui: Chick-fil-a. 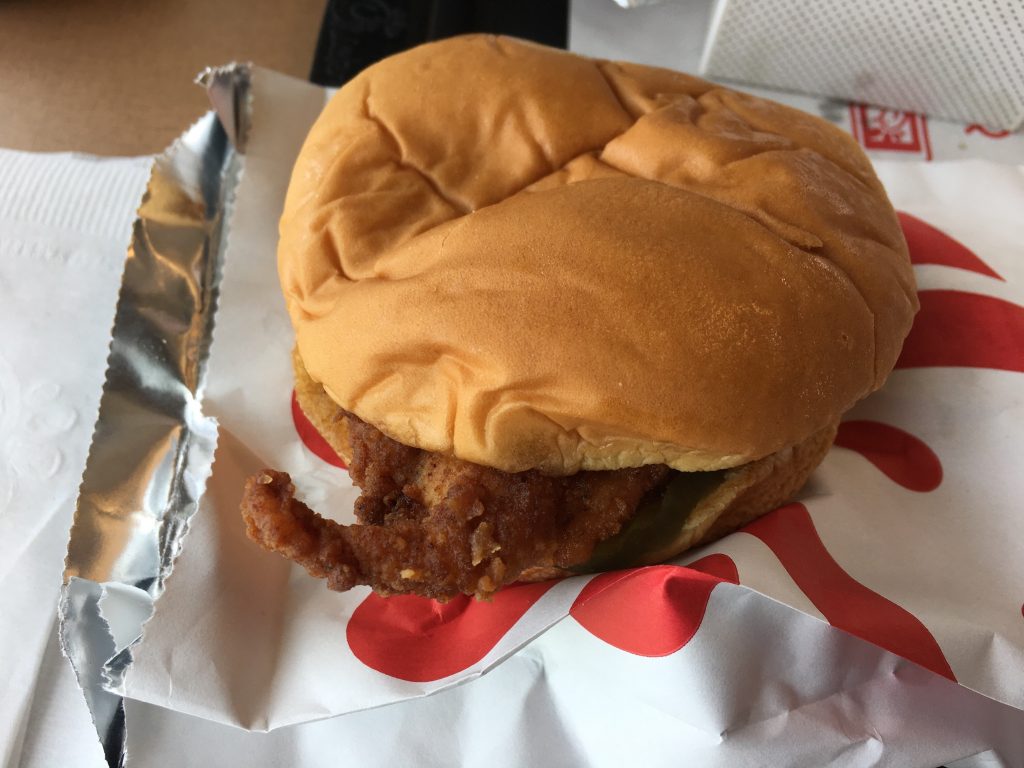 After that, it was on to the mall!

The most dangerous place we went into was a store that sells a bunch of Japanese items. They are so gadgety and cute, it makes you want to buy ALL of it! 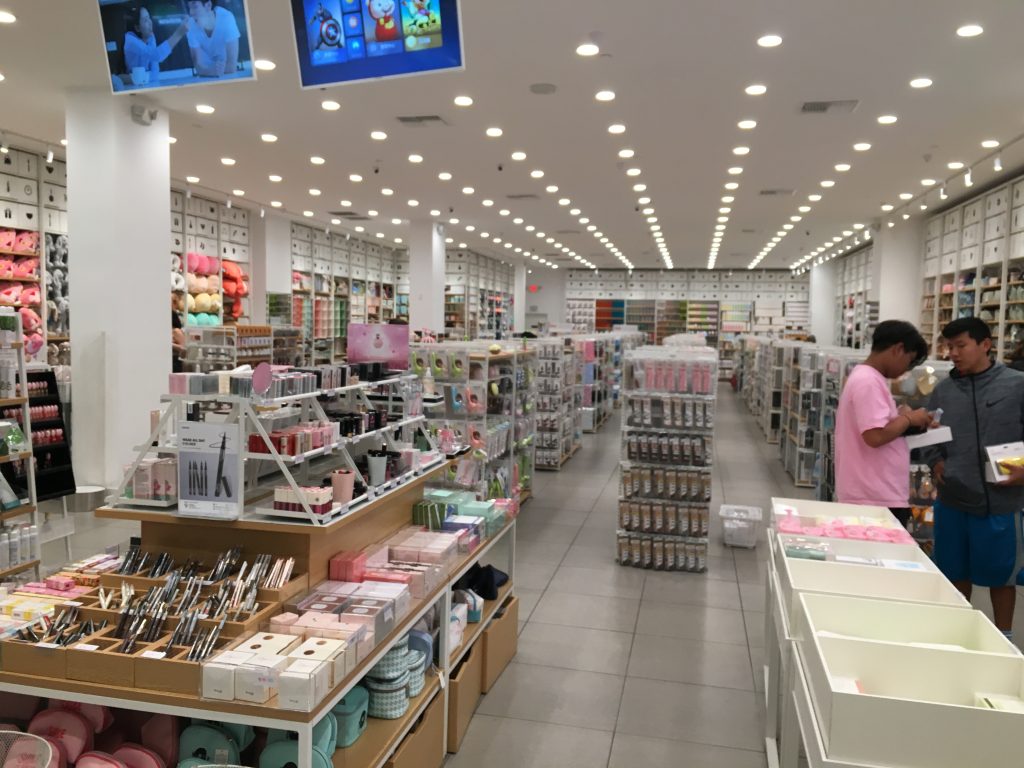 It is a wonderland!

My worst temptation was in the toy aisle. There were some robots there that child-Brad would have coveted so hard that he would have had to go to confession. I almost got them for the child-Brad that’s still inside of me, but adult-Brad saw they were $10 each, and remembered how much junk he already has littering his house. 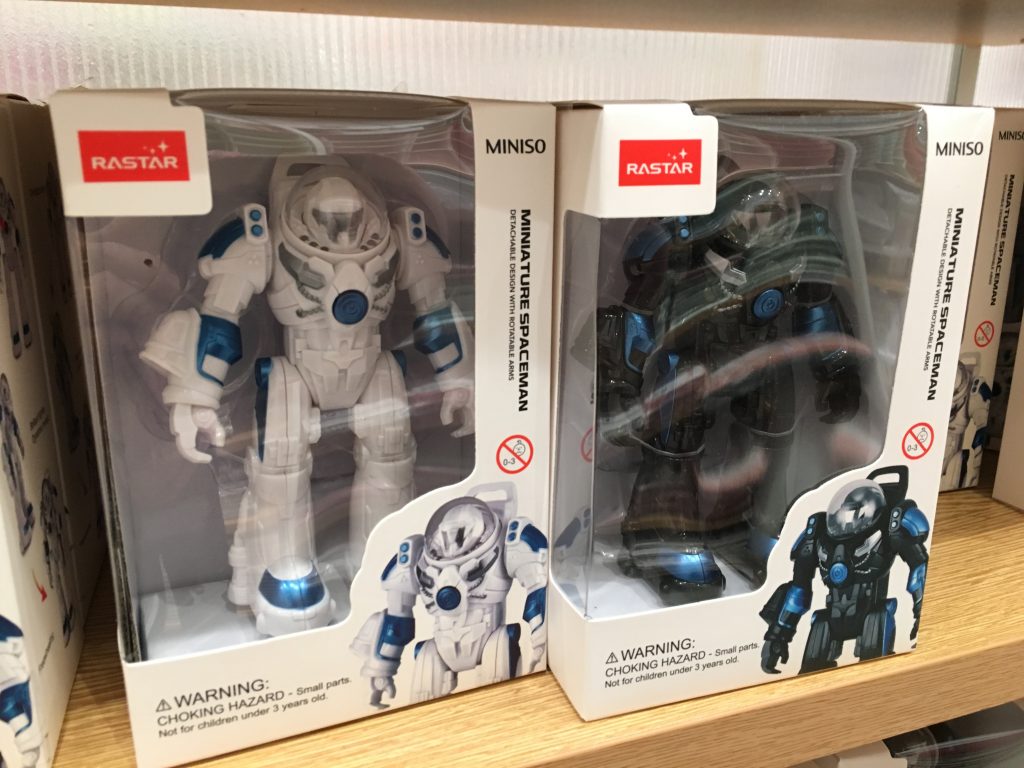 Just looking at the picture makes me want them again!

I did purchase some things, though:

My ratchet belt from Ross was breaking, so I went looking for a new one. I found one almost exactly like it at Macy’s. Nice!

I also got a new charge cable for my phone. The one I use every night was a cheap-o one from the checkout line. I got another cheap-o one.

But the most exciting things I brought home were the plastic bags my purchases came in. There are no plastic bags on Maui. Whenever I want to put my shoes or wet clothes in something, paper bags just don’t do it. These plastic bags will be like gold to me! 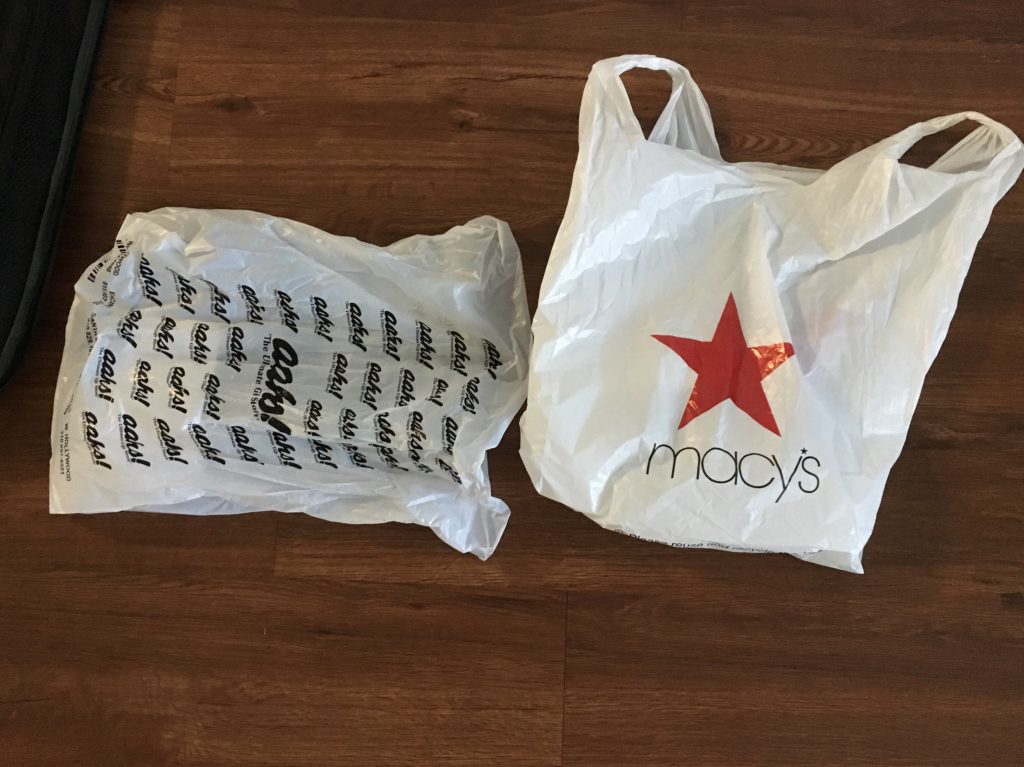 I may even wash them after I use them so I can use them again.