On Thanksgiving Day, we got a paper so we could browse the Black Friday specials. I was looking for a camera because I had dropped my regular pocket camera. There were some good deals out there, but they fell into two categories:

1) The Black Friday price was exactly the same as prices I could find all over the internet.
2) The camera that was being offered at a cheap price had some serious complaints against it in online reviews.

There was a camera being offered at Sears that was in neither category. It was $20 cheaper than the internet, and the complaints against it were that its pictures weren’t as good as an SLR camera and that the paint chipped off of it too easily. I can deal with those problems. It is a Canon Powershot SD780 IS.

Harold, Beth, and I snuck out of the house yesterday morning and went to two places. First we stopped at Modell’s Sporting Goods store, where Harold got some shirts. Then we went to White Marsh Mall. I went to Sears and got my camera. Harold and Beth went to Macy’s and got some clothes for Tara and Tim.

The camera I got is freakishly small. It’s the size of a deck of cards. It is also red. That’s the only color they had. The check-out guy asked for my phone number. I did what I always do: I gave him my number, but with the last digit changed. A name popped up on the screen and an address from Lansing, Michigan. He asked me if it was right. I said I didn’t know what that was. He proceeded to ask me for my name and address. I asked if it was necessary. He said I could always just give him bogus information. You mean like my phone number?, I asked in my head. Instead, I gave him all correct information. At least they don’t have my real phone number. 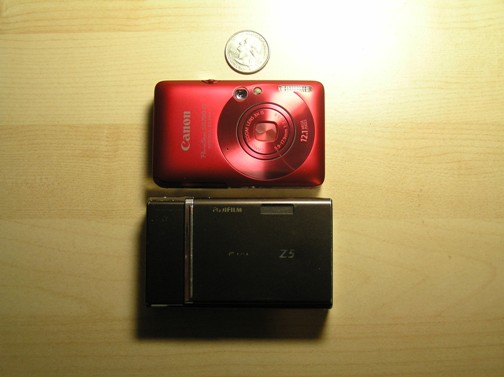 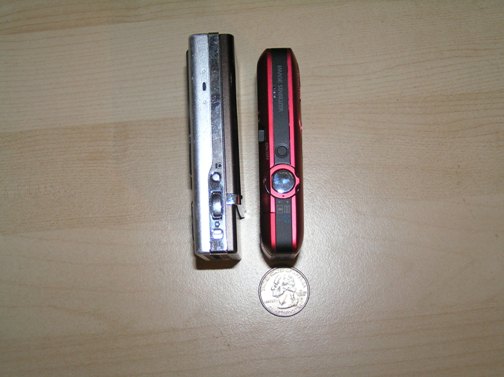 It didn’t come with a memory card, so I have to get that today. That’s okay, because I also need some birdseed.