I haven’t visited my friends Chris and Janet for years. It’s a matter of no small guilt, especially because I’m godfather to their son. We’ve tried to call each other many times, but our schedules don’t ever match. At one point, I just started leaving long messages in their voicemail that resembled a one-sided conversation. I asked them to do the same.

She’s a personal trainer and has several clients who meet her for early morning workouts, so she gets up at 3:30am. 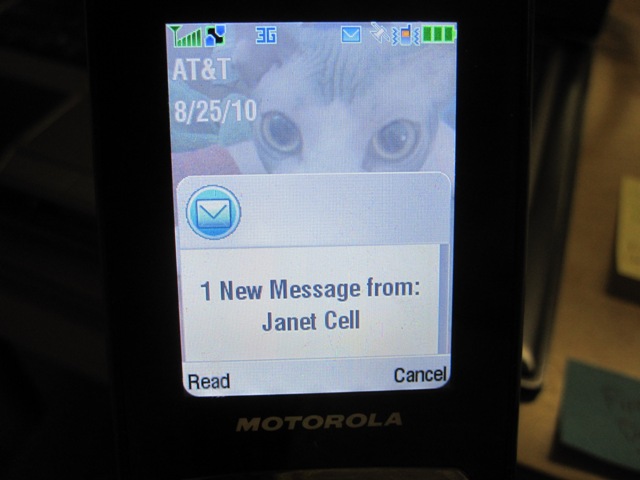