The eighth graders have chosen their verse for the year. It’s one that was used three years ago. As we were going through the selection process, I almost told them the verse had been used before, but there didn’t seem to be any good reason. The verse they selected is Philippians 4:13 – I can do all things through Christ who gives me strength. I like the New King James version, because it says “Christ” instead of just “Him”.

After the kids select a verse, I always make a bulletin board. It was particularly challenging this year, because I’ve already done this verse, but I was able to come up with something. I stayed after school and put it up yesterday. 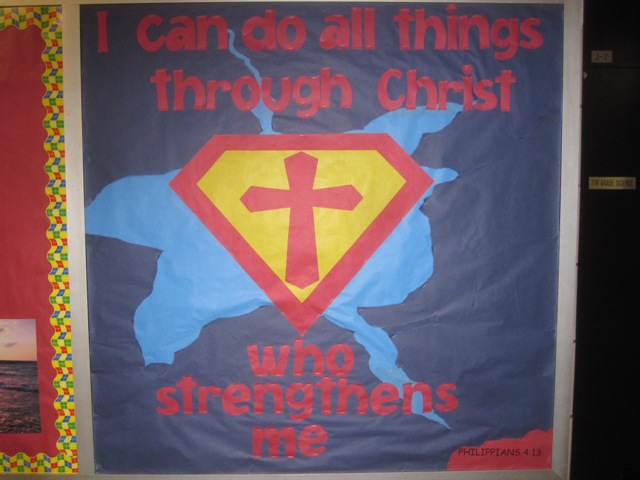 When I think “strength”, I think Superman. This time, instead of using Superman’s silhouette, I used his emblem and his colors. I think it turned out okay. The letters aren’t completely centered, but that just adds to its charm, right?