It feels like I’m running out of steam. I seem to be getting less and less done. Yesterday I was going to start by mounting the door knockers on the bed legs. But I needed shorter screws than the ones I had. Off to Home Depot. I got two sizes. Neither of them worked. By then I only had two hours before it was time to Skype into my sister’s college class. Time enough to get other screws? Nah…

After Skyping, it was time to get back to work. But I had an oil change appointment in an hour and a half. Was there time to get the screws? No, I’d get them on the way back after the oil change.

So I started working at 5. Bible study was at 7. Not much time. But I did at least get the legs mounted. There were surprisingly few problems. I had to shim the hinges a little, but everything seems to be in good working order.

So here’s what the legs look like when the bed is in the “up” position. 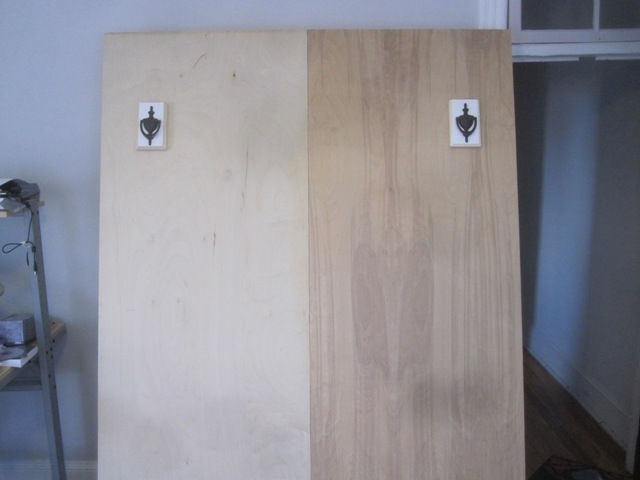 Here is one leg up, one leg down, for comparison. 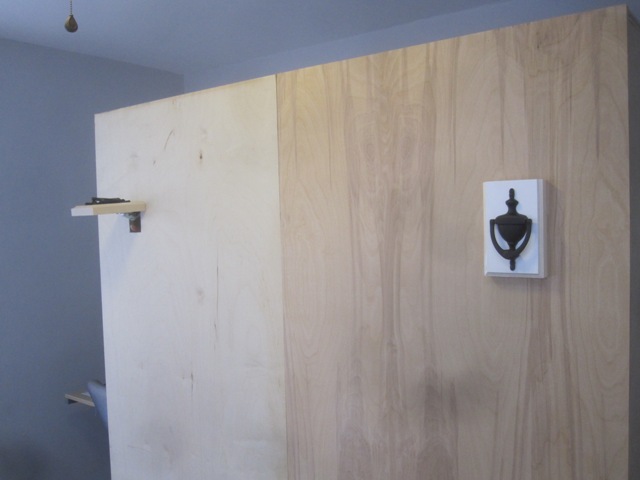 And here’s a closeup of a leg in the “open” position. 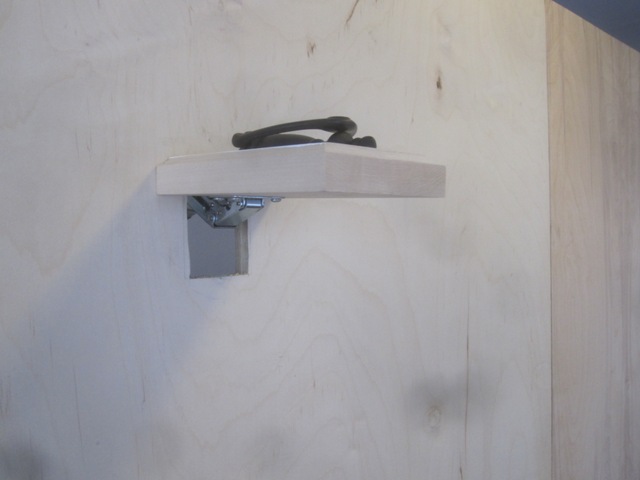