Last night at choir practice, the guy next to me noticed the composer name on the music we were singing:

The composer was born in 1870 and there was no death date listed. He did a verbal double-take. What was going on? Then he looked at the copyright date for the music. 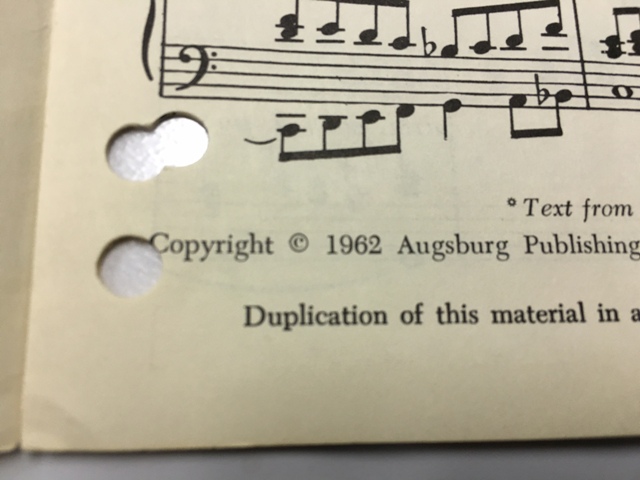 That made a little more sense. He would have still been alive in 1967. That would make him… ninety-seven? Wait.. he wrote this choir piece when he was ninety-seven?

Yesterday, we had a quieter recess because of lunchroom behavior. The kids were supposed to sit and read. We were in the younger kids’ playground area, because there was a nice ledge to sit on there.

While I walked back and forth enforcing silence, I noticed some unusual stains on the asphalt. 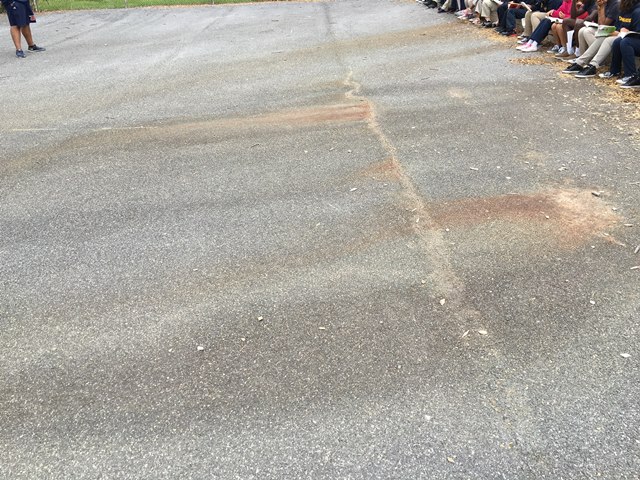 The stains looked kind of like rust. And they didn’t have a visible origin. It’s like they were coming from nowhere. Or maybe not. Could these stains be coming from under the asphalt? I was really fascinated. I took several pictures. Some of the kids saw me, so I had to explain what I was looking at. I don’t think they thought it was as interesting as I did. 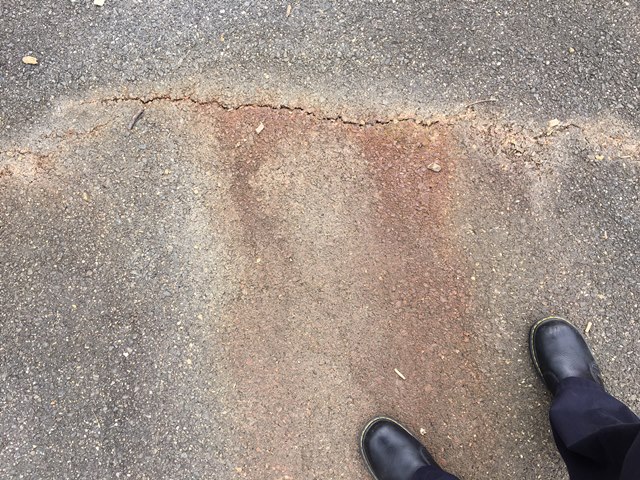 It looks like the picture above could possibly be the location of a pipe. Maybe the pipe is leaking and rusting, and it’s coming through the pavement? How could the kids not think this is interesting?

We have a new pre-owned copy machine at school. It has lots of bells and whistles. On the finisher end of the machine, there are a pair of buttons that are a mystery to me. I can’t figure out what they do. 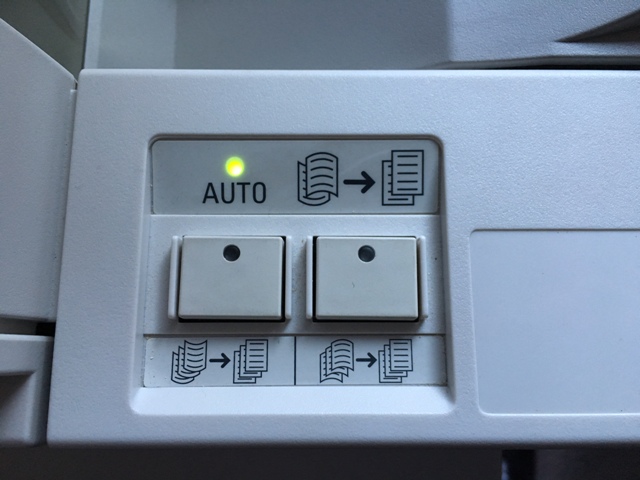 They appear to make curvy pages flat. It seems you can either choose to correct pages that curve down or pages that curve up. There also seems to be an “automatic” function that corrects both directions of curving.

I gave the message in church yesterday. HERE it is for the archive.

Saturday I decided I wanted some Spree candy. I went to the nearby CVS because it has a nice candy asile. They didn’t have it. I proceeded to walk to a Dollar Store, two convenience stores, and a grocery store. No Spree. I settled for Nerds.

Yesterday, I stopped at Royal Farms to get some chicken and fries for lunch, and I looked for Spree again. Surely they would have it – they had a huge candy aisle. 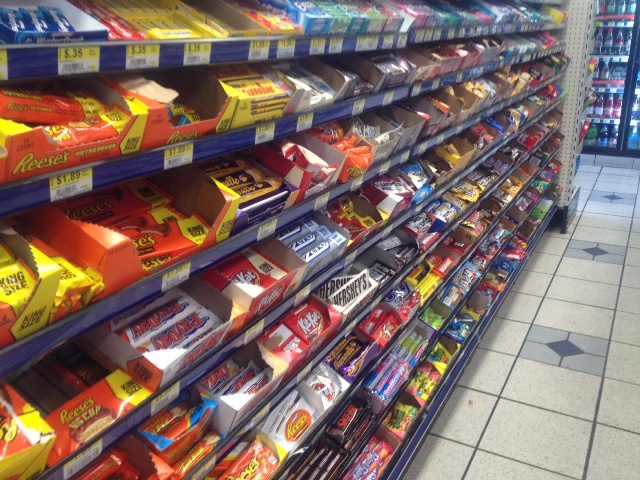 They didn’t have it. I got Sugar Babies instead.

Is this just some kind of weird coincidence? Is Spree being phased out of Baltimore? Is someone pranking me? What’s going on?

Yesterday after school, I was hanging out with some of the kids who were late in getting picked up, and I noticed a small panel in the wall. Being the curious sort, I opened the panel to see what was behind it. 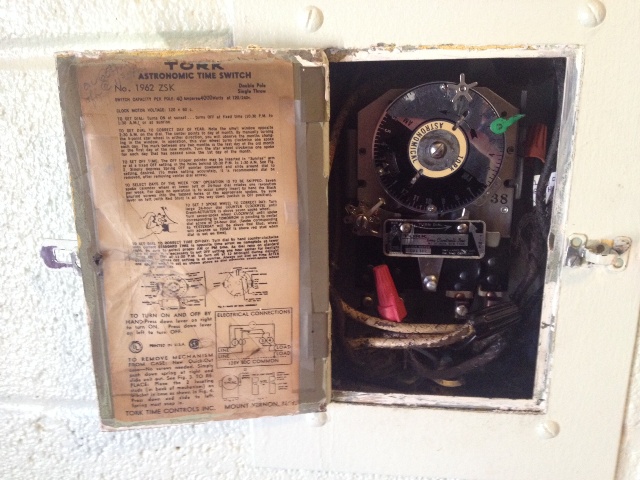 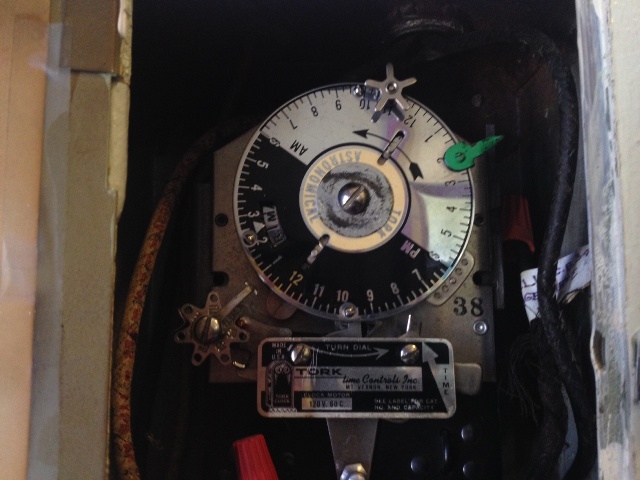 What could it be?

I didn’t fiddle with the dial because there were children present. I didn’t want to accidentally cause them to age forty years, or to accidentally send them to 1937. I will definitely have to examine this dial more closely. If some day I suddenly disappear, you know what happened. Watch for my mark on history. I’ll send a message by changing something noticeable. I have an idea: I’ll convince the founding fathers to make the eagle our national bird instead of the turkey.