Yesterday I went to pick up Denis’ friend from the Dulles airport. She was due at 11am, but would be in customs until 1pm or so. Since I was traveling around lunch time, I took an apple with me. I remembered reading that all parts of an apple can be consumed by humans, including seeds, core, and stem. I got curious, so I decided to try it. 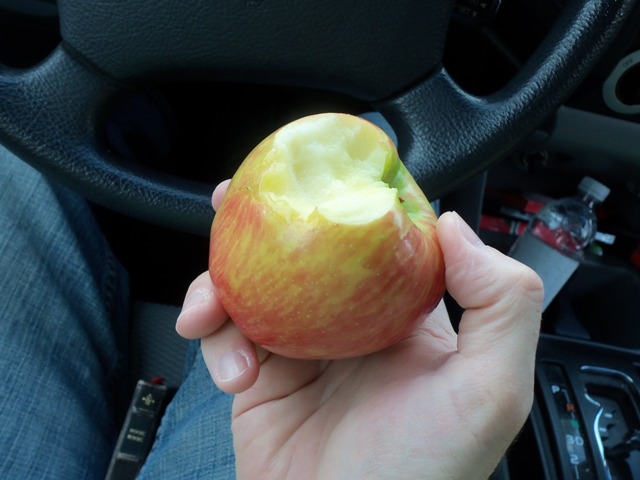 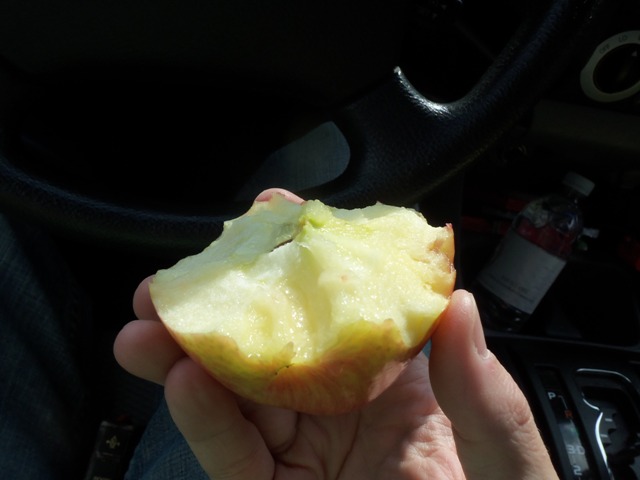 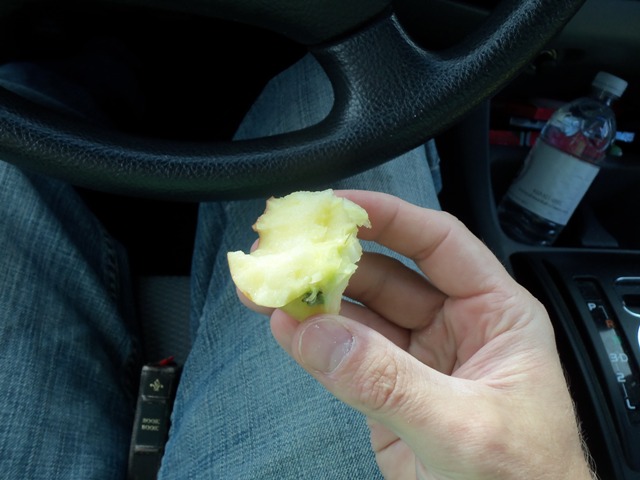 The stem was kind of hard to eat. I had to smash it and splinter it into smaller pieces so I could swallow it. The core wasn’t that bad. It was a crunchy apple, so I didn’t notice a big texture difference between the core and the flesh. The seeds were a little hard to swallow. I decided not to chew them, but just to swallow them whole. The blossom at the bottom end of the apple was indistinguishable from the rest of the apple.

I don’t think I’d do this all the time, but at least I know that if I’m ever in a situation where I want to have an apple and can’t leave any trash behind, I could eat the whole thing.

10 Responses to The Whole Thing