I keep trying to finish putting up railing posts, and I keep not finishing. Yesterday I at least got the front steps railing posts set in concrete.

I used the standard post-setting method:

Dig the hole a third to half as deep as the post is tall. (The post of course should be a third to a half longer than you want it to be) 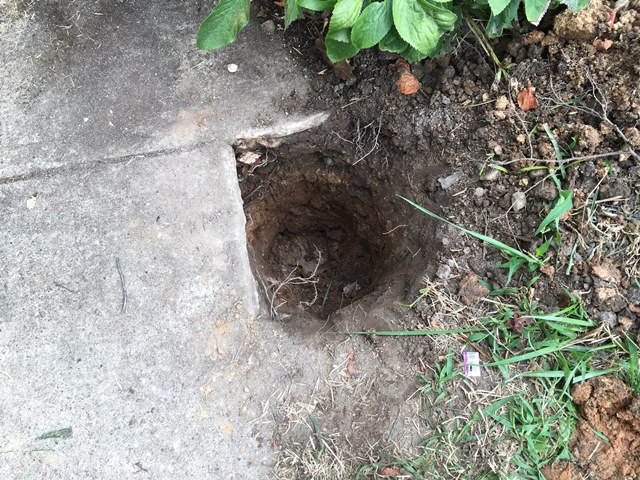 This hole is twenty inches deep.

Next, put gravel in the bottom. This helps water drain away from the bottom of the post. 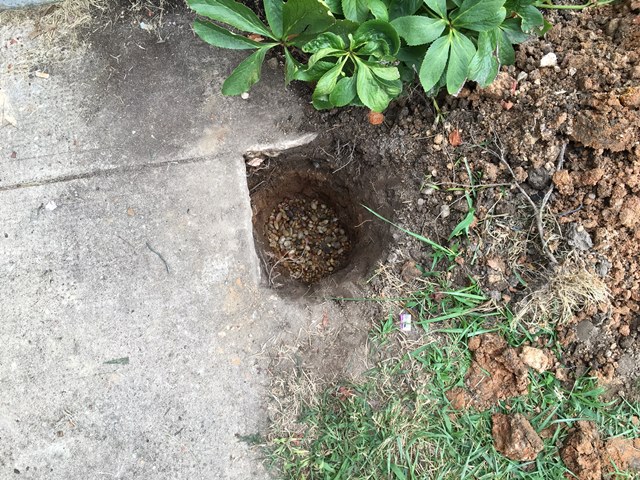 I used fancy aquarium gravel that I dont have any use for anymore.

Lastly, set your post in place, fill the hole a third of the way with water, and dump in quick-setting cement. Be sure to level the post quickly after pouring in the cement. It is true to its name and sets quickly. 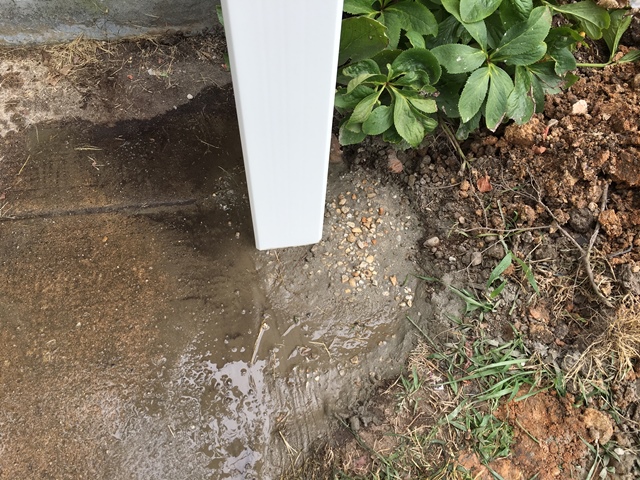 I decided to set the post sleeve into the concrete to protect the wood core from water at ground level.

After I got the posts in concrete, I could put in the posts at the top of the stair rails. I kept hitting obstacles though, and only got one post installed. It was frustrating. 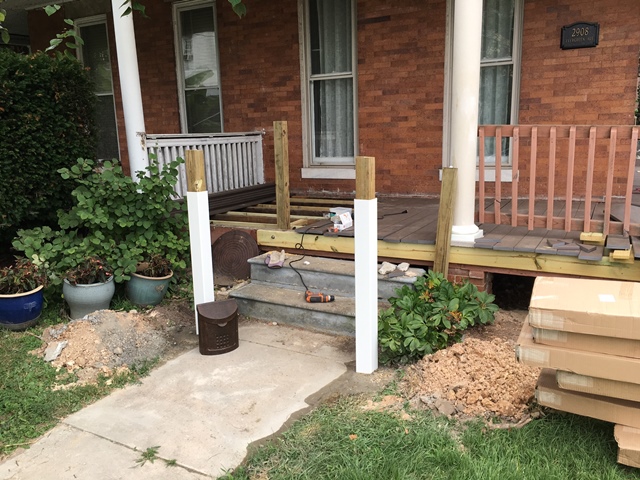 Three of four posts in.

Denis helped me with the posts in concrete, but once I started working with the other posts, he went to the boards we set on Monday and started screwing them to the joists. I have the screws that are sold by the company that makes the boards. The screws pull themselves into place and leave a hole behind. 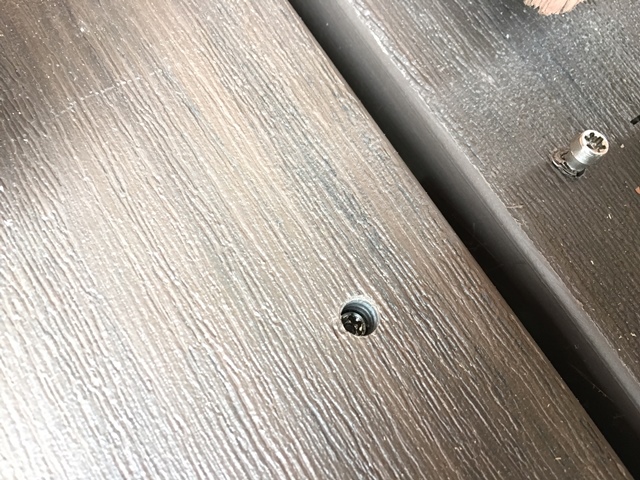 The screws come with plugs that match the color of the boards. You tap them in with a hammer, and voila! Camouflaged screws! I like how it looks. It reminds me of fine woodworking. 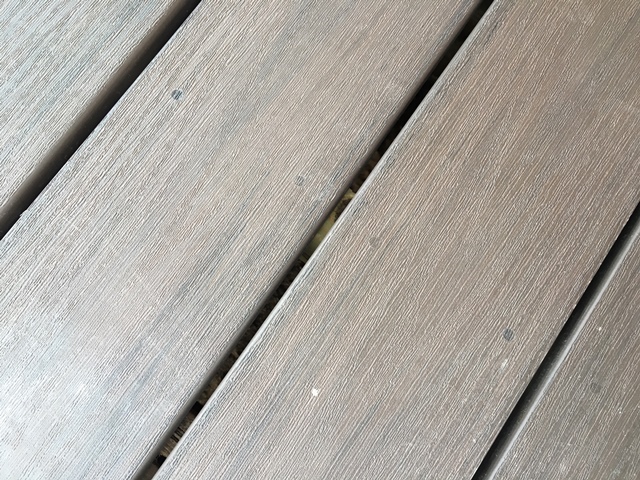 There was a lot of glare in my floor pictures yesterday.

While we were working, the railings were delivered! Woo hoo! I expected a flatbed truck from Home Depot, but it was just the regular UPS guy. I helped him unload the boxes. He was glad. 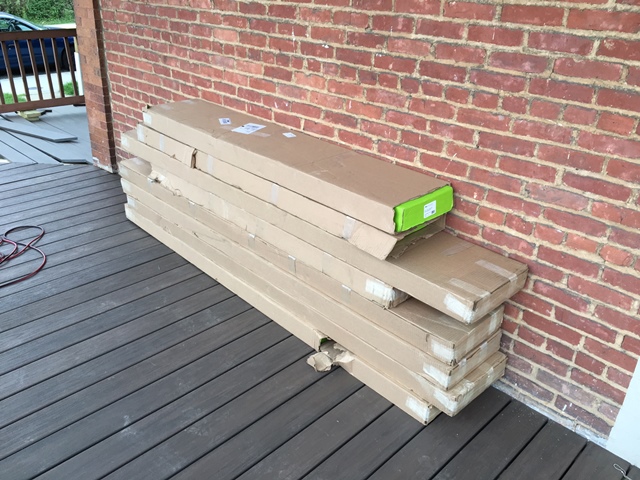 The railings sort of snap together like Lego. I hope they’re that easy. They probably aren’t.