As Smooth as a Banana

When I posted about playing the Goonies soundtrack, I forgot to mention that I was playing a CD. I’ve had it for a while, and it’s a little scratched. It was skipping. There are many commercial CD polishing products, but I wondered if there was something I could do about it with things I had in my classroom.

There was! The internet is full of instructions on how to use a banana to polish a skipping CD. I had brought a banana for lunch! Yay! 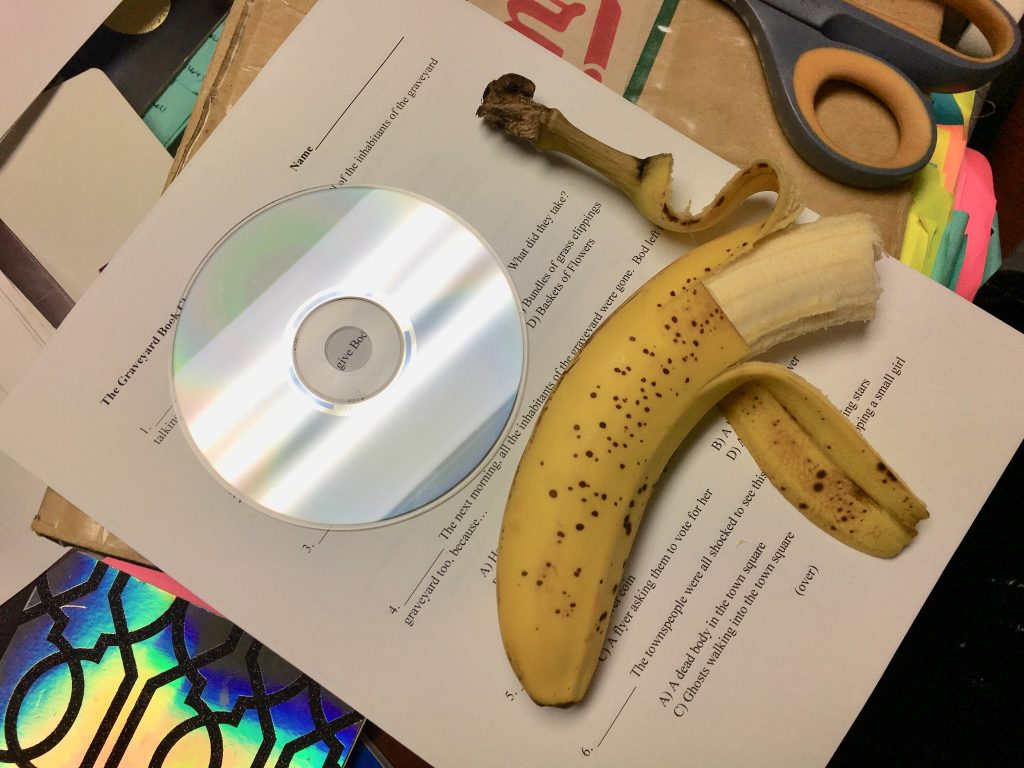 You are supposed to use both the edible part and the peel.

It worked! Sort of. It still skipped, but it skipped way less than before I polished it. Nice.

3 Responses to As Smooth as a Banana