But now I’ve gotten sick of it. I need to switch to something else, but I’m so lazy…

But at least I’ve found a new source of protein the morning: whey! I tried a protein shake about a month ago, but it had artificial sweetener in it, so it didn’t work out. Instead, I decided to order just plain whey. 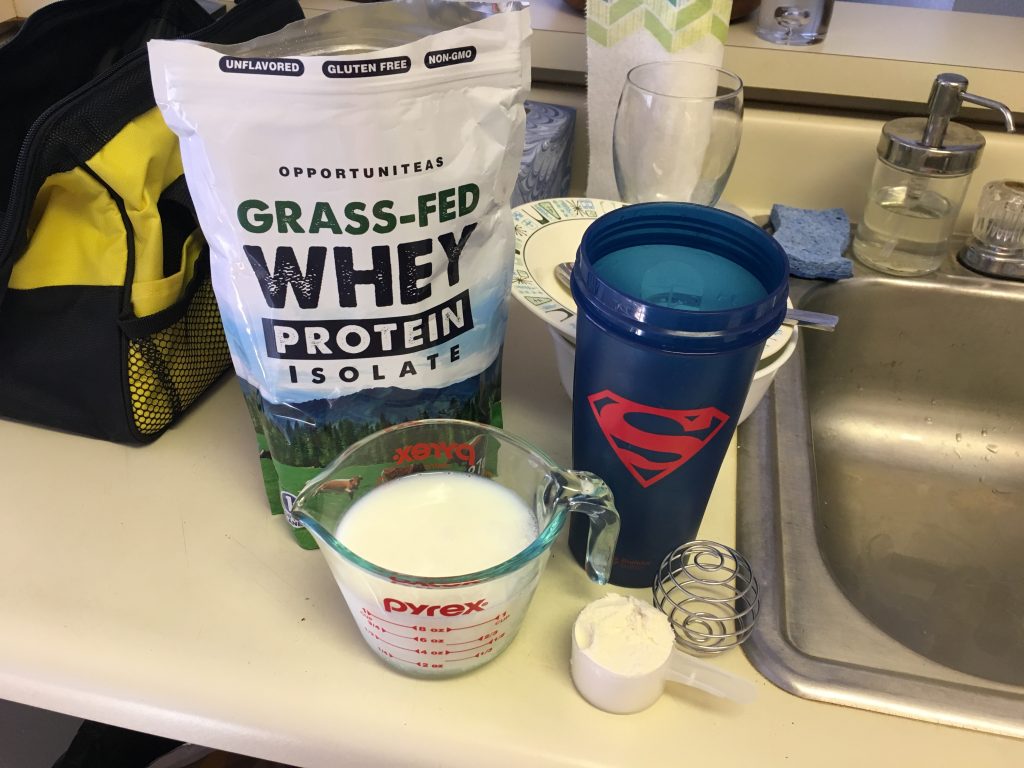 It’s good! Well, maybe I shouldn’t say good. It’s not bad. I mixed it with milk, then mixed in my Carnation powder. It doesn’t taste like when I mix it with just milk, but it doesn’t taste bad. I think I’ll make it part of my routine.

3 Responses to Whey to Go