There was another lock-in last night at school. This was for someone who won it at our auction last year. We were a little overdue in delivering it. This was a group of twelve seventh grade boys. It was a lot of fun!

They dragged each other down the hallway in sleeping bags: 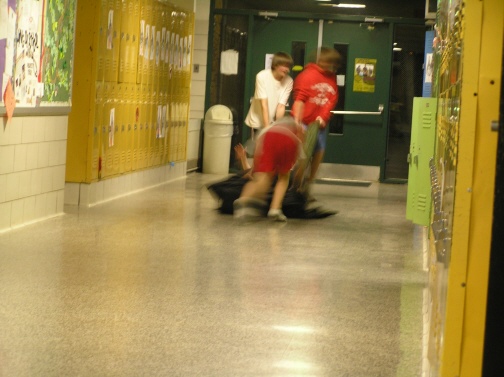 They had a TP-mummy competition: 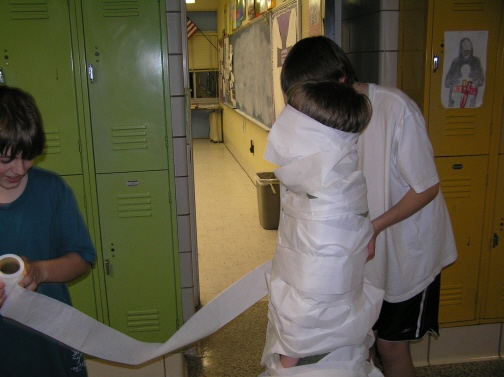 Of course we were in the gym a lot. They played basketball and dodgeball, but the big game of the evening was floor hockey: 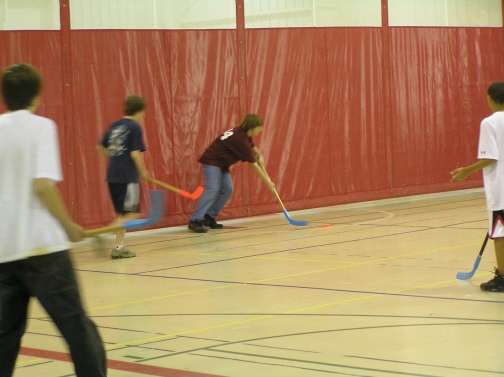 Most of them conked out around 3:00am.
(I took this picture in the morning when there was more light.) 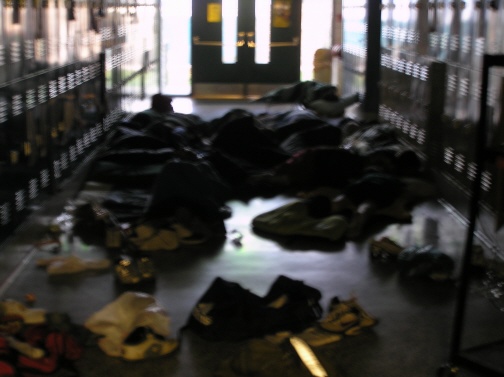 I got a couple of hours of sleep in a couple of naps. I’ll be sleeping later today I’m sure, but it’s so nice out I hope I can work in the garden a little before Sleep takes me.