There’s a new flavor of gum in the Extra “Dessert Delights” line. It’s called Orange Creme Pop. I can’t do the little slash over the first “e” in Creme, so you’ll just have to imagine it. I saw this flavor in Target. They seem to be the source of all my interesting gums and candies lately. 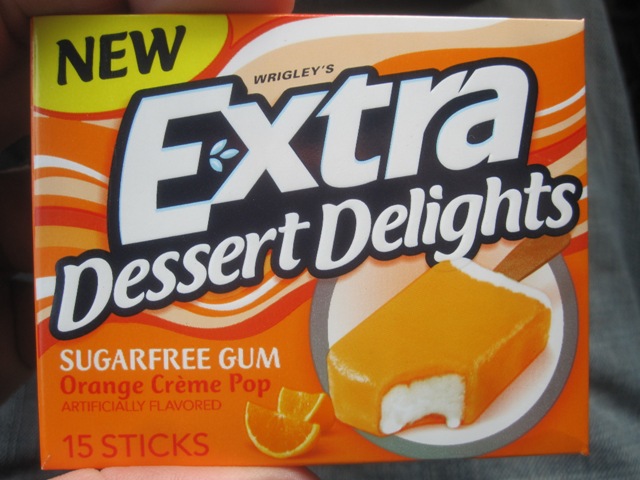