I think yesterday was the third or fourth time I’ve visited James Arthur Vineyards while staying in Nebraska. It’s becoming a Thing. Yay! I love Things!

Once again, we sat out under the gazebo and sipped wine samples and ate finger foods and enjoyed one another’s company. Once again I left with bottles of wine in my possession. What a fun day!

To make the day even more fun, the vineyard had resident cats! I’ve been feeling a little “cat withdrawal” since coming to Nebraska, so I thoroughly enjoyed the cats at the vineyard because they were so friendly and they liked being petted. One of the cats had been hit by a car in the parking lot and had to have one of its back legs amputated. He used to be called Diablo. Now he’s called Tripod. 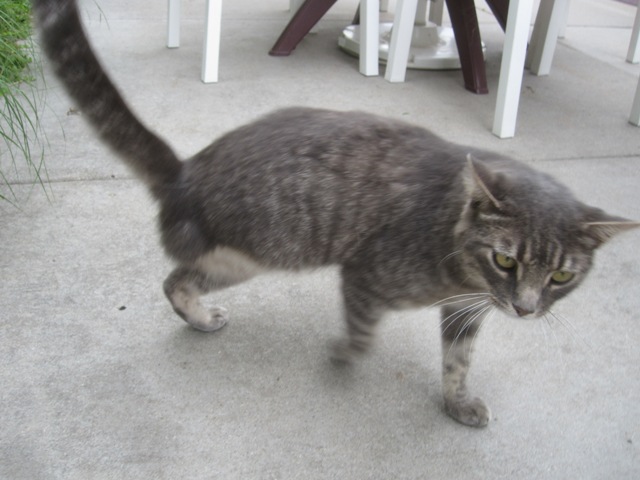 This entry was posted in Cat. Bookmark the permalink.