My friends from my Baltimore church, John and Phyllis, are in Maui. They are staying in Lahaina. Yesterday I drove out to spend some time with them. It was fun.

Their hotel had a free shuttle to downtown Lahaina. I had never been there. It’s nice. Lots of little tourist shops. It feels old and quaint. 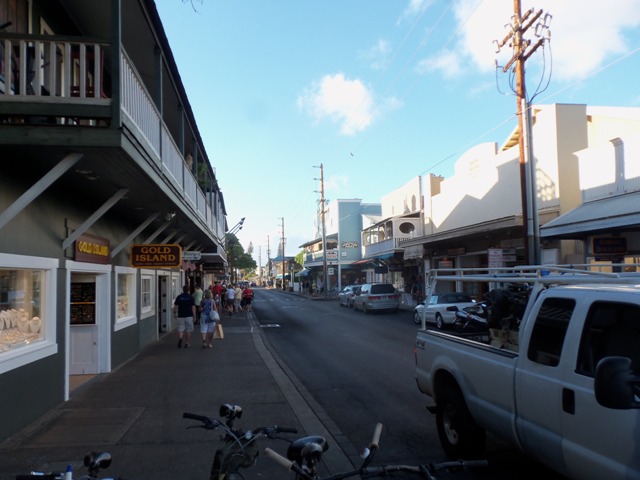 While we were there, they wanted to show me the big banyan tree. It is, in fact, the largest banyan tree in the United States. Cool! It was planted in 1873. It was very peaceful under its leaves, but the ground was stained with a lot of bird poop. We didn’t hang out under it for long. 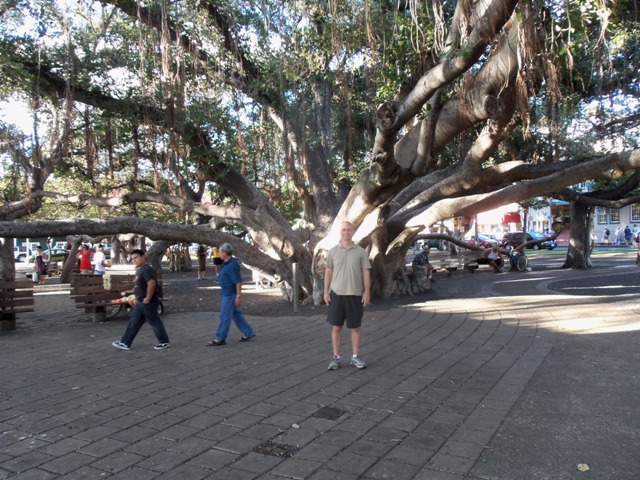 I thought this was a cool idea – some couple had their names etched on a padlock and locked it on to a root. It will stay there forever now. Until someone cuts it off. Or the root breaks. Or the lock strangles the root and kills it. 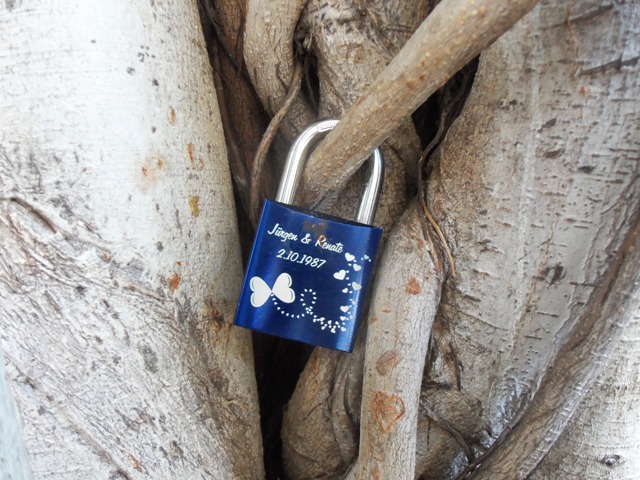 We finished the evening by going to the Sheraton and eating. It’s not where they were staying, but it was next door. At sunset, the Sheraton puts on a really brief presentation and then a guy dives off a rock into the ocean. It was cool. 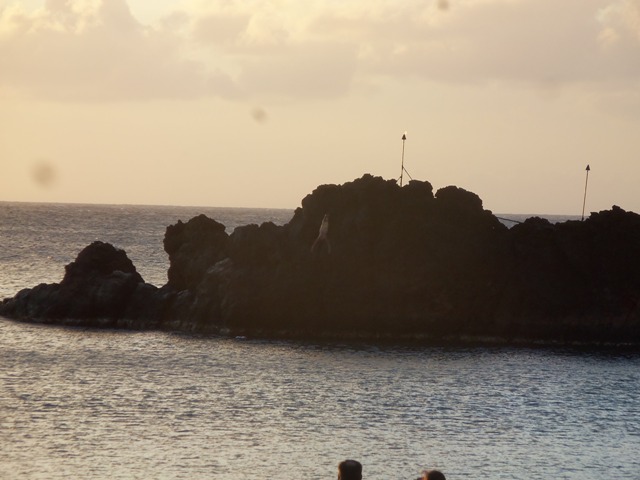 For dinner, I had prime rib. It was awesome. Thanks for a fun day, John and Phyllis! 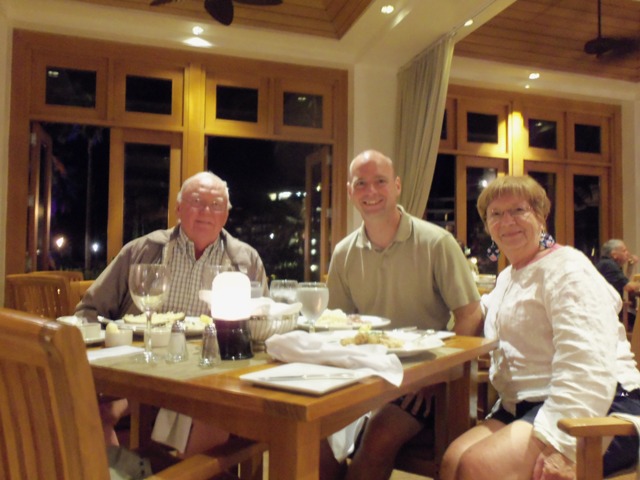