I have been trying to find a new hat for when I’m on recess duty and on parking lot duty after school. I’ve only found one hat that I really like, but it was so expensive, I just couldn’t get it. Yesterday, I decided to go back to the store to see if it’s been marked down. After all, it is a summer hat, and summer is almost over.

The store is in Georgetown (in Washington DC), so it’s a little over an hour away. I was nervous as I stepped inside the store. I spotted the hat immediately and took it down from the shelf. It was one third off! Woo hoo! Even though it was still pricey, I knew I would get it.

I spent a little time looking at other hats, but then took the hat of my desire to the storekeeper. We had some nice chit-chat. She gave me a frequent buyer card, and even stamped it twice – once for my top hat, which I got a long time ago. If I buy eight more hats, I get the next one free!

After getting my hat, I walked around Georgetown a little. The weather was beautiful, and I love the old colonial buildings. As I walked along, I was really exited to see something I’ve only read about – ginkgo tree fruits. 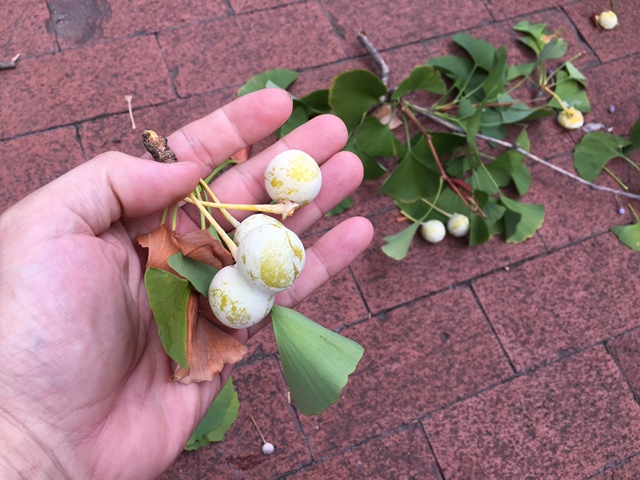 They were bigger than I expected.

When I first got a ginkgo tree for my back yard, I read all about how I should make sure I got a male tree, because female trees grow fruit, and it is extremely foul-smelling. The sidewalk was covered with fruits, and some were crushed, so of course I had to smell them. There was a slight scent, but it wasn’t anywhere near as bad as the descriptions. Maybe they need to rot first or something. The literature says that the seeds inside can be roasted and eaten and are quite tasty, but I didn’t take any.

By the time I got home, it was getting late and I was getting tired. I took a picture of my new hat, and spent some time relaxing before bed. 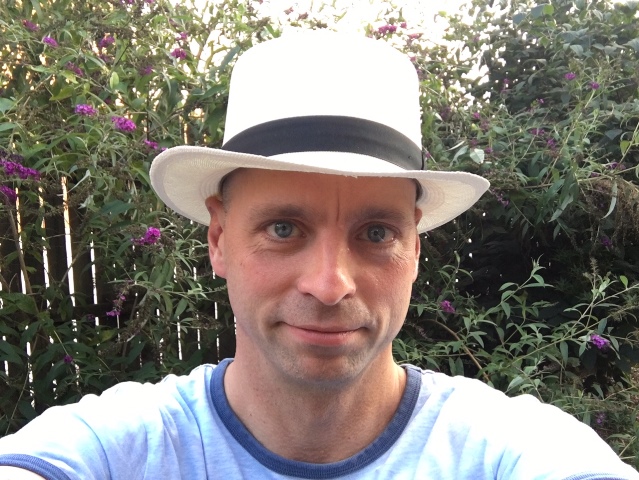 It is an actual Panama hat – handmade in Guatemala. That’s weird, right? But I read up on it: Guatemalans would make these hats, and they would be imported to the United States via Panama. This hat is the genuine article. Now my only question is, since it’s white, is it okay to wear after Labor Day?