Yesterday was Hawaii Statehood Day – that is, the anniversary of Hawaii becoming a state. We didn’t have school. Woo hoo!

I had big plans to go to school and get paperwork done, or maybe go out and have an adventure. Instead, I slept a lot and watched tv. By afternoon, I did feel a little guilty, so I went to get some potting mix for my hibiscus plant.

When I got home, I got a little more active and did a few small things. One thing I’ve been meaning to do for a while is use some bug spray in my condo. We get visited by an exterminator twice a year as part of our condo fees, but I’ve been seeing too many bugs lately. I got some over-the-counter spray that has been sitting in my cabinet for a while. Yesterday I used it.

I wanted to keep Gus away from it until it was dry, so I blocked the way to the kitchen. He stayed out. Hopefully the bugs will stay out too. 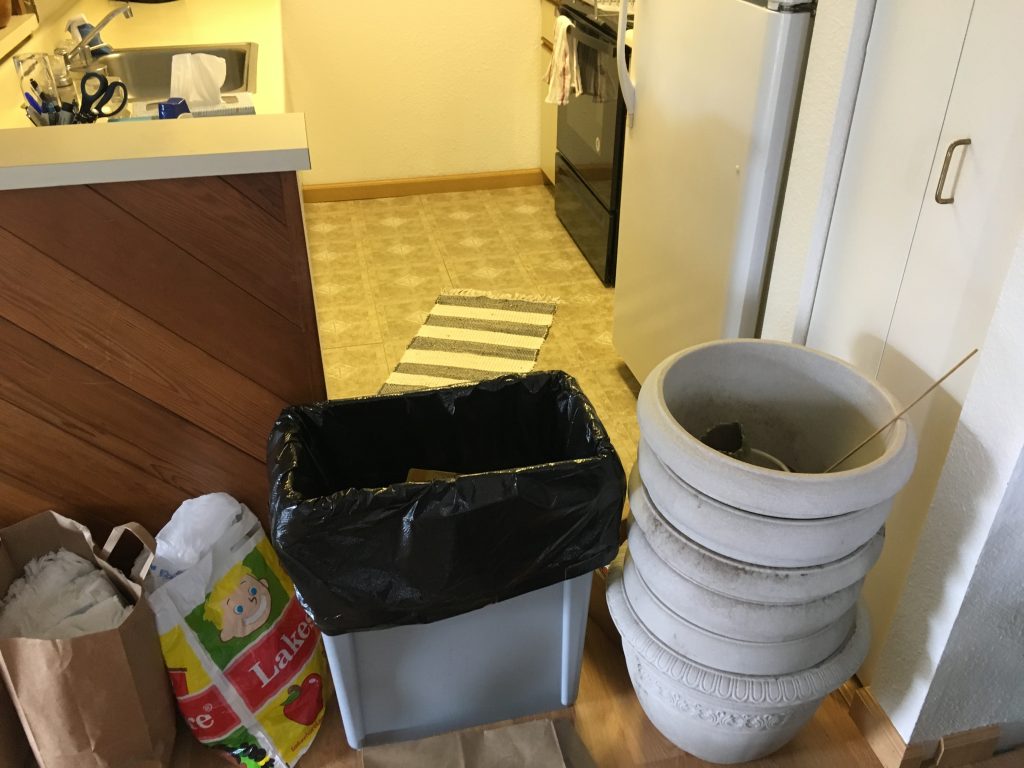 2 Responses to A Little Bit