Yesterday was perhaps the last warm Saturday until spring. We will probably have more warm days, and I’m pretty sure we’ll have Saturdays, but to have both at the same time is becoming less likely. It was in the sixties during the day yesterday, but by nighttime it was in the thirties. The forecast for the foreseeable future is cold.

Since it was warm, I worked on the porch railings… and finished! Woo hoo! Denis was a huge help. We put in four sections of railing, and by the end, we were a well-oiled machine.

The middle posts are too tall and need to be cut, but other than that, the railings are finished! (except for the stair railings) (and the one section that attaches to the column I share with Karl)

This isn’t the big AFTER picture for the porch, because there are many smaller things to do yet. 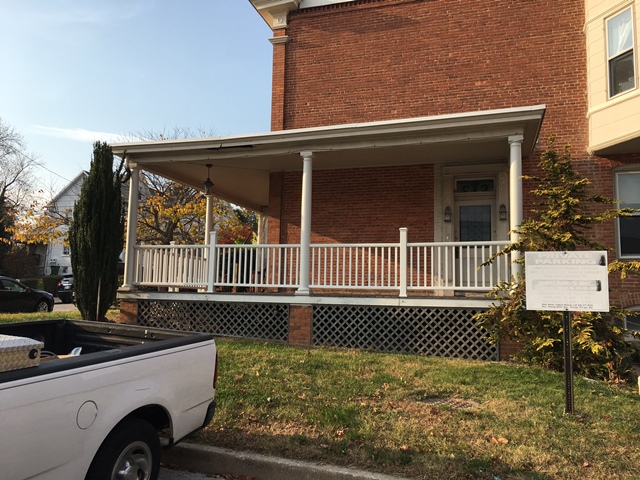 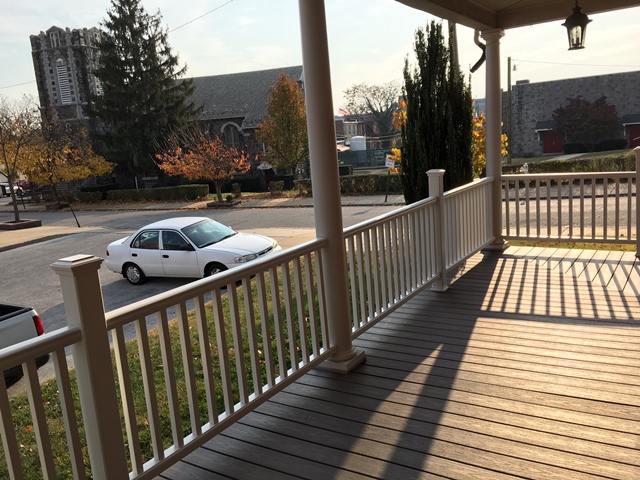