My bulletin board for this year is done. We’re just starting to have the eighth graders pic a “Bible verse of the year”, but we forgot to have them do it at the end of last year, so we don’t know what it is yet. So I used the verse for Lutheran Schools Week. – Colossians 1:15-20. It’s about how Jesus is in all things, so I wanted to represent that somehow.

I used pictures from magazines, but the only ones I had available were art magazine pictures. It was hard to get a variety of things. If I had more magazines, I think I would have done smaller pictures.

If I did it again, I might make the top and bottom of the mouth similar colors. I think the dark/light makes it harder to see the cutout shapes. But I’ll leave it the way it is. Too many times I have messed with something to make it “better”, and it ends up wrecked.

At the beginning of the school year, we pass around a chapel sign-up sheet. I want to fill in LOTS of spaces, but I have to wait for everyone else to have their turn, and then I can fill in extras. I was super-excited when the sheet came to me this year, because the first chapel of Advent was open. Woo hoo! I’m talking about Advent today in chapel!

We are still having chapel outside, so I can’t light an Advent wreath. When I was chatting with Lauren the other day about school stuff, she happened to mention those paper Advent wreaths made out of hands. I knew what I had to do:

It’s a banquet table! I’ll open the legs, then lay it on its side. Everyone will be able to see it because it’s HUGE! 🙂

I can officially get ready for school now. I finished my bulletin board.

For the last three years, I have been using the Bible verse for Lutheran Schools Week. This year, it is Matthew 20:28. I’m glad that it’s a Gospel verse. I like Gospel bulletin boards better than Law ones.

I focused on the “gave his life as a ransom for many” part. And I slanted it up and to the right. I read somewhere that a slanted line that goes from low left to high right is supposed to convey a positive feeling to the viewer.

The left half of the bulletin board is blank so I can hang student work during the course of the year.

School starts tomorrow. We have extra breaks during the school year, and the regular breaks that other schools have are longer for us. It’s nice to have those times off, but we pay for them with a shorter summer.

I’ve been back in my classroom for more than a week now. My work started slowly, but I’ve been getting better as I’ve gone along. My room was ready yesterday. Today is for getting papers and handouts ready. I’m also making lists of things I want to say on the first day.

Of course, part of my classroom preparation has been putting up a new bulletin board. My school doesn’t have a Bible verse for each year. I should suggest that. Instead, I looked for this year’s Lutheran Schools Week verse. It’s 1 Thessalonians 5:16-24. Here’s my take: 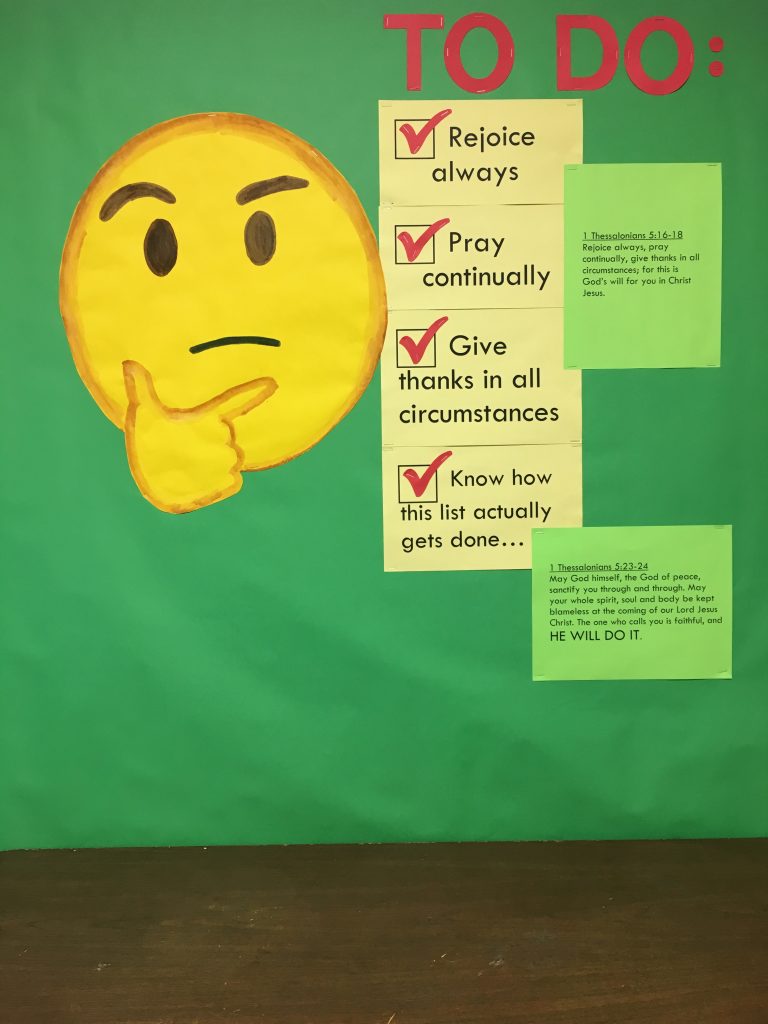 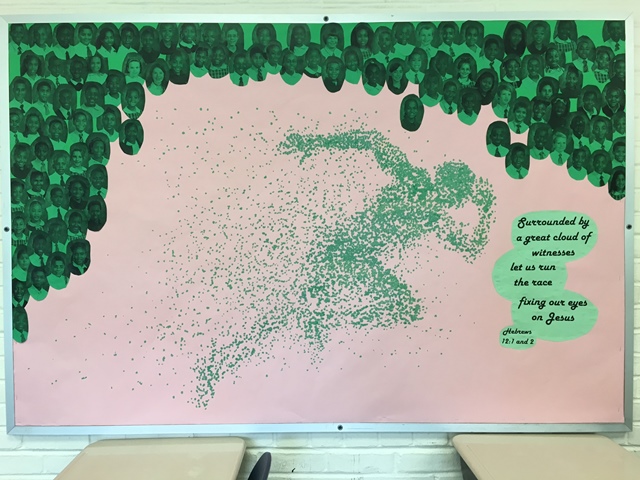 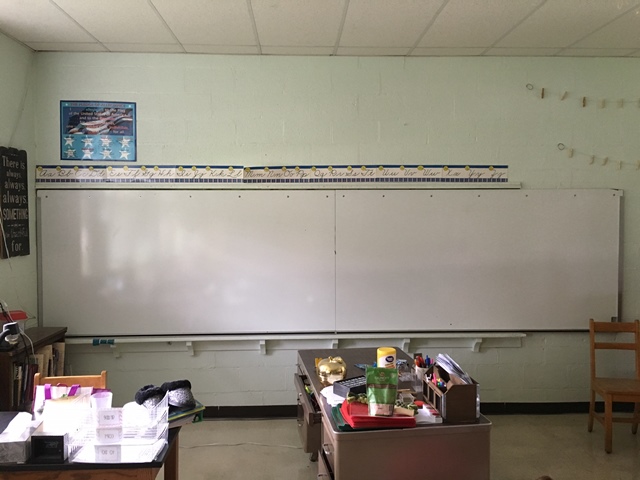