Last night I had dinner in the town square of Seward. In conjunction with the farmers’ market that happens every Wednesday, hamburgers and sodas are offered at a modest price. To be clear, it’s not as amazing as Pop-N-Dog, but it is a cheap night out.

I went with my dad, Beth, Tara, and Tim. We spread a blanket on the grass and enjoyed having some cheap eats.

The cooking is done in the parking lot of Cattle National Bank. Ha! Isn’t that a great name for a bank? 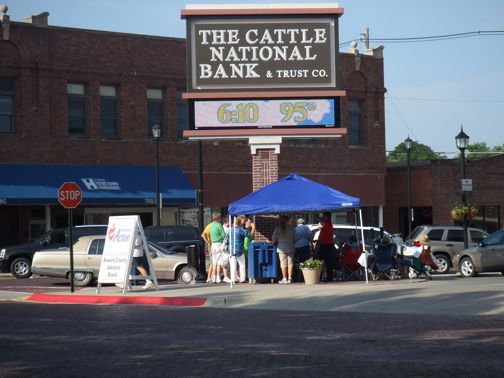 Beth got some cookies at the farmers’ market that had colored sugar on them. Tim fully endorsed their tastiness. 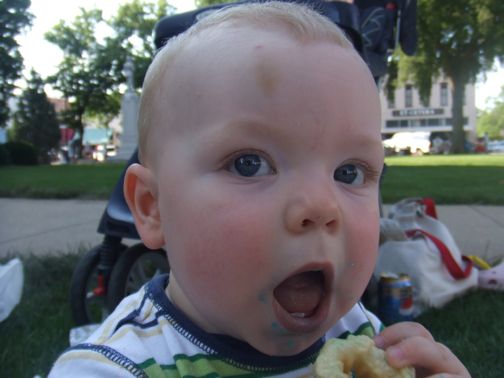 The result: none of the waters taste any different to me, except for the dill. Now I think I might try adding some other substances. Perhaps some Gatorade powder, or a crushed vitamin tablet. I also may try a flavor extract like lemon or vanilla. During the Home and Garden Tour in my neighborhood, someone served me water with cucumber slices in it. It was delicious. But I would have to do that on a glass-by-glass basis, so that might be too much work.

My experiments will continue… 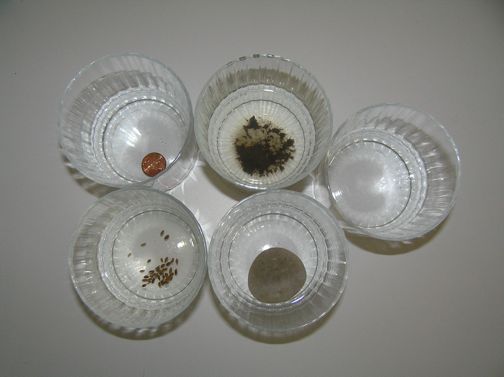 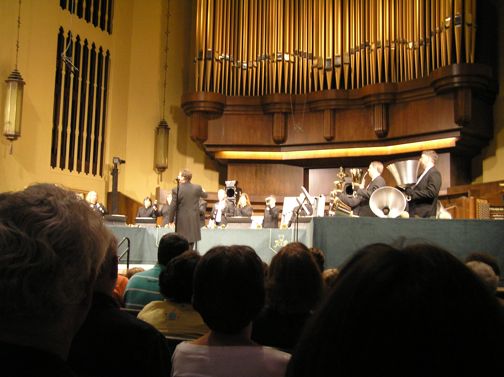 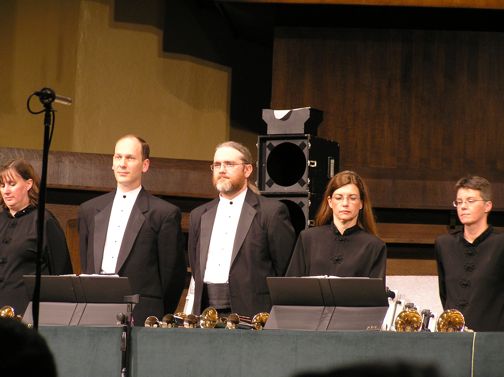 I get indigestion every time I come to Seward. I’ve been studying the problem to discover the source of my stomach problems, and haven’t come to any solid conclusions.

As I talked the problem over with Beth, she suggested that my problem might be the water. In the past, Seward water had such high nitrate levels it was ruled to be unsafe for pregnant women, nursing mothers, and small children. After a multi-million dollar treatment plant, Seward water is “safe” now. But Beth says when she drinks it, she has indigestion followed by other unpleasant symptoms. Guessing that my digestion problems might stem from a similar source, I’m switching to distilled water for the duration of my stay.

If this doesn’t stop the indigestion, I’ll have to address other variables. My problem now is the extremely flat taste of distilled water. It needs something to give it a little flavor. Salt? Dirt? I’ll need to conduct a series of taste tests to determine the best additive. 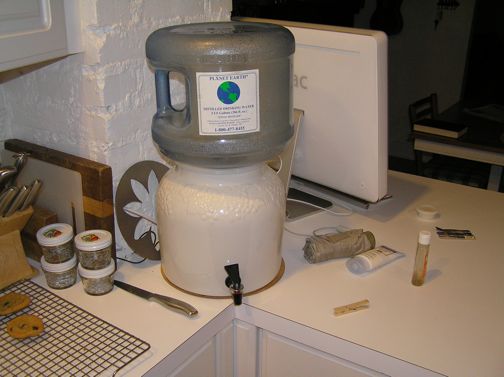 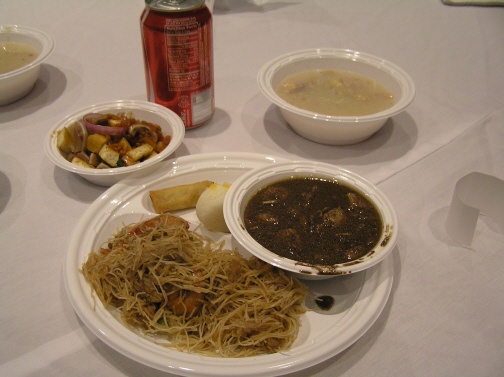