I’ve been bringing a dozen donuts to school every Monday this year. It makes Mondays more party-like, and I’m all for parties. Because of my acid stomach, I think I’ve only actually eaten a donut twice since Christmas. But I’m really having fun trying to figure out the kinds of donuts my co-workers like to eat.

It is clear that I must bring maple frosted each week. They are the first to go. Anything with chocolate is also enjoyed. I haven’t brought many jelly donuts. They have powdered sugar all over them and are so messy. Maybe people don’t care about that though. I have also tried some “exotic” flavors. Sour cream donuts are eaten pretty quickly, but butternut (one of my personal favorites) and toasted coconut are left untouched. I’ll have to throw in some other weird ones in the near future. Who would have thought maple would be the number one flavor?

Here was the score yesterday around 10am. By lunch they were all gone. 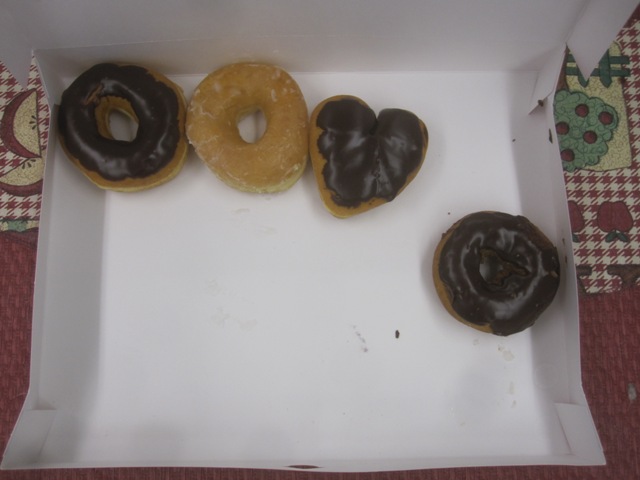