After only having just a little hair cut off last time, I really needed to get a haircut again. I decided to go back to Ning, but this time I was going to take some pictures with me, so I did another search for Alton Brown pictures. I found some really good ones on a blog site called The Big Benford Show. This woman has been to an Alton event and took really good pictures of his hair. I printed some to show Ning. I printed an especially large version of THIS one, because I think it shows his style the best.

But Ning wasn’t there.

Instead, I was seated in the chair of Ken. I showed him the pictures and he said, “That’s a really good idea.” Then he got to work. It’s shorter than it has been in a while, but it does look like the pictures of Alton. Good job, Ken! 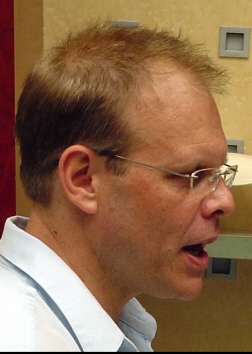 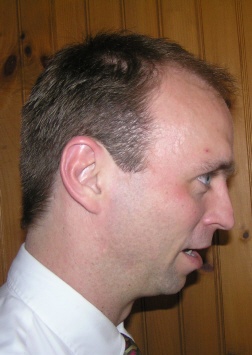