I was given some limes from someone’s yard on Thursday. Yesterday they were just sitting on my desk at school, and before school started I was wondering out loud if you could peel and eat a lime like you do oranges. The kids said I should do it, but there wasn’t time.

When art class was winding down, we had a few minutes, so I grabbed a lime. It was a little harder to peel than an orange, but I was successful. After I ate a segment, the kids became very interested to try it themselves. They got in a circle and were having some kind of contest where they weren’t supposed to make a face while they ate it. A couple of them were successful. 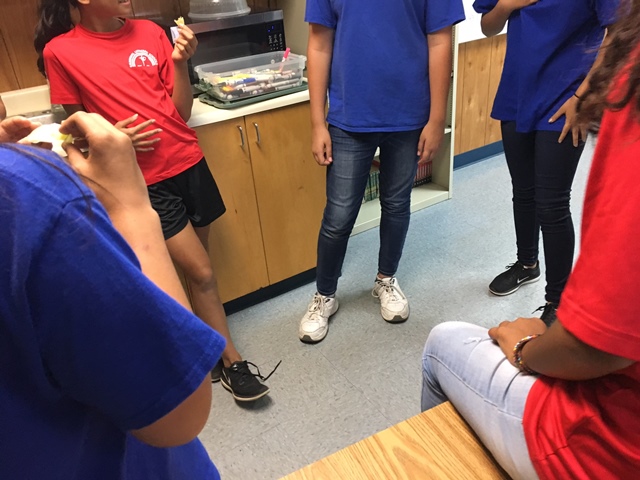 I liked the lime flavor, and I loved the lime smell in the room, but I don’t think I’ll eat a lime like this again. It needs some sugar. Maybe I’ll just put the juice with some water and sugar. And basil, like Clementine restaurant by my old house in Baltimore. Yum!