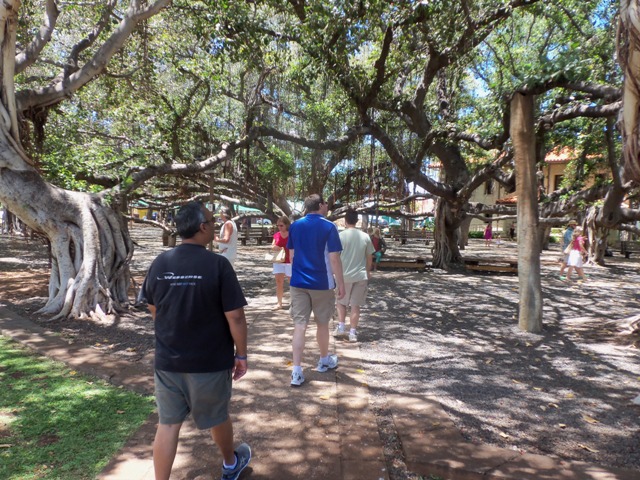 Lloyd did a panoramic picture. Something weird happened though. I look like a potato. See it HERE.

I told them that there was a padlock on one of the roots that was famous for being in a previous Bradaptation post. We found it! Samith took his picture with it: 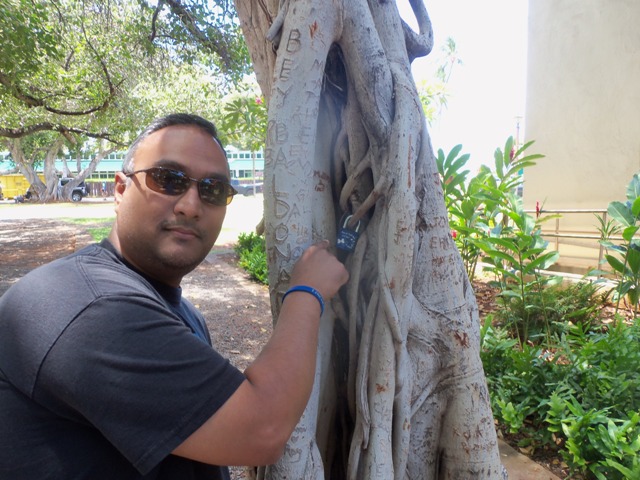 We went to the beach in Lahaina to go swimming. The waves were really big. It was fun, but we got rolled under by crashing waves. Jumping over the top of a wave is fun. Being ground against the sand underneath a wave isn’t so fun.

When we got home, we all had to shower. Lloyd had an amazing amount of sand in his shorts: 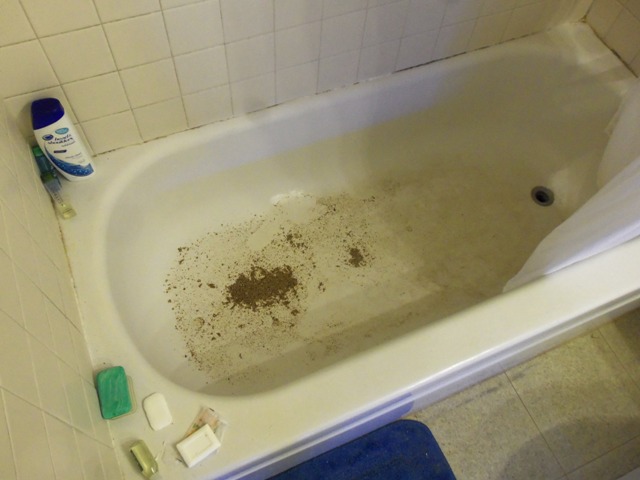 At least a cup of sand.

After we settled in at home, the guys surprised me with a shirt: 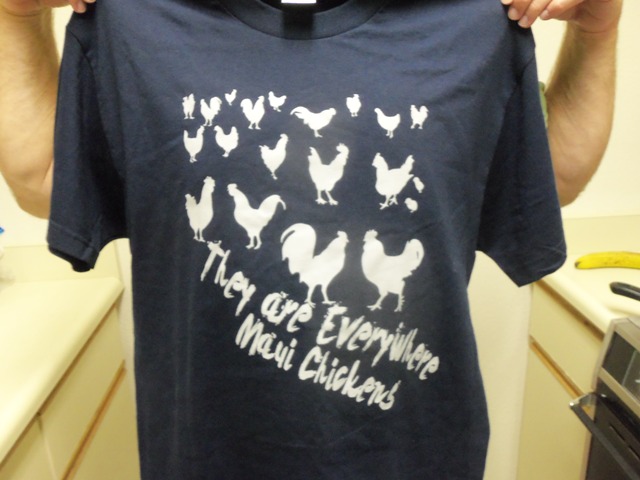 They are everywhere – Maui chickens

Hahaha! The shirt is awesome! I love the chickens on Maui. This shirt will remind me of my fond feelings for my fowl friends.