My work was delayed by indecision yesterday. The legs of the bed have handles that must be attached before the legs are installed. I had to decide what handles to get before I could go any further. I want the cabinet to look like something original to the house. I needed handles that had a traditional look, but I also like unusual. Traditional/unusual? I looked for hours before it came to me. I would use door knockers! Ha! 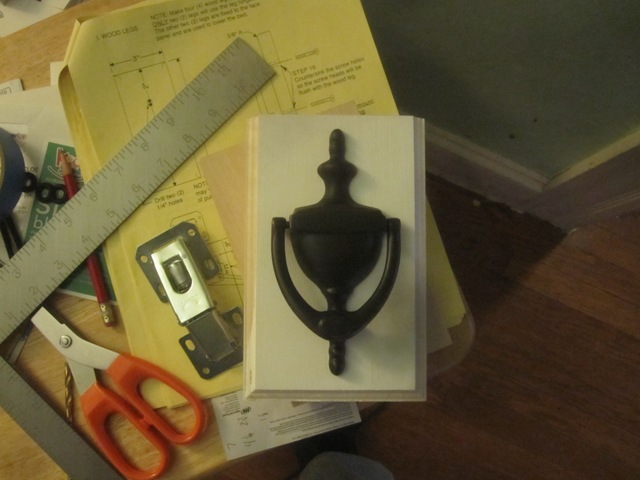 It was late afternoon by the time I got to work. Then some heart-stopping problems happened.

Problem one: For the locking mechanism, I had to cut holes in the face panels. Because of a funky setting on my fancy jigsaw, my cuts were a little wonky. Dang. But they’re covered by the bed leg panels, so it won’t show. (whew!)

Problem two: Here’s something that is implied in the instructions, but not said explicitly: The bed frame will not be exactly square. When you try to attach it to the face panels, it will be off. Alarmingly off. 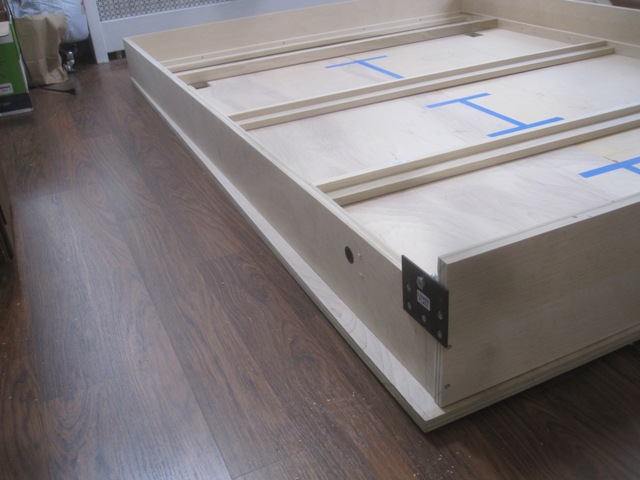 But the directions describe how to methodically screw the face panels on, so that everything squares up. (whew!) 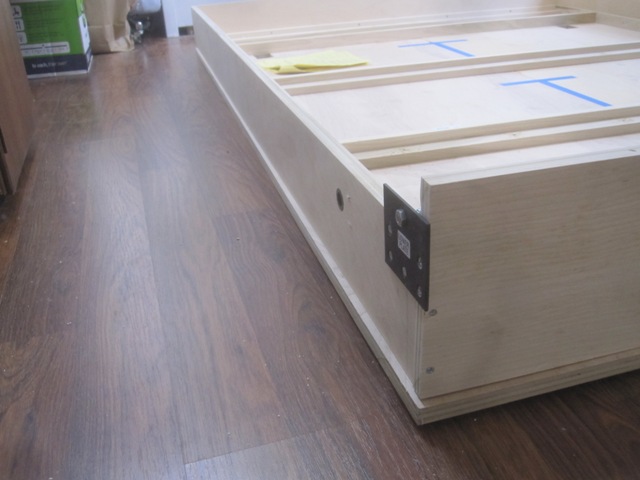 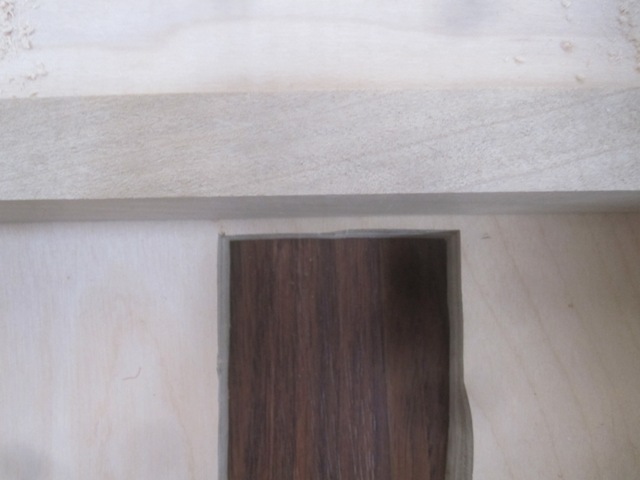 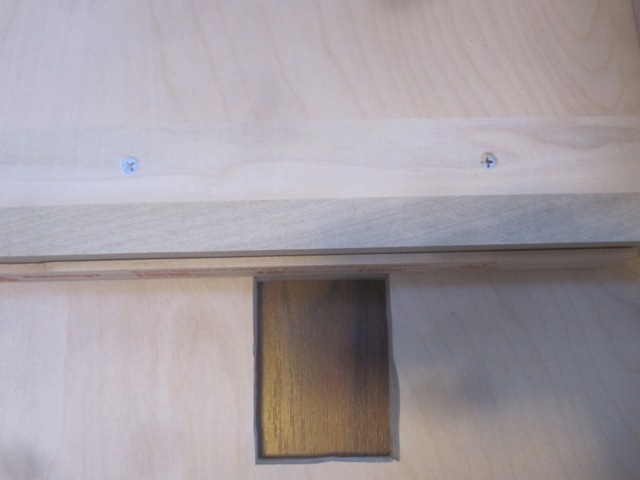