Th sanitation station we use every morning as kids come in to the sixth and seventh grade rooms is a video cart. I like to use it because it’s tall and because it has wheels. But it has a weird warning sticker on it. One of the drawings doesn’t make any sense to me.

It’s the first one. No short people? Don’t reproduce? Dance only with people who are of a comparable height?

I was enjoying the fresh air out on my lanai, and I couldn’t help the feeling I was being watched. I turned to the side, and saw something out of the corner of my eye.

It was the Big White Pigeon. I see it all the time. This time, it was peeking from around the corner. It was watching me.

Whenever I unloaded my washing machine, I could hear something metal sliding around at the bottom. I finally got it out:

It’s some sort of metal talisman. Is it a laundry totem? By removing it, have I doomed my laundry to only evil outcomes?

I think Lloyd and Lauren make salad in their bathtub. I went to take a shower yesterday morning, and saw this: 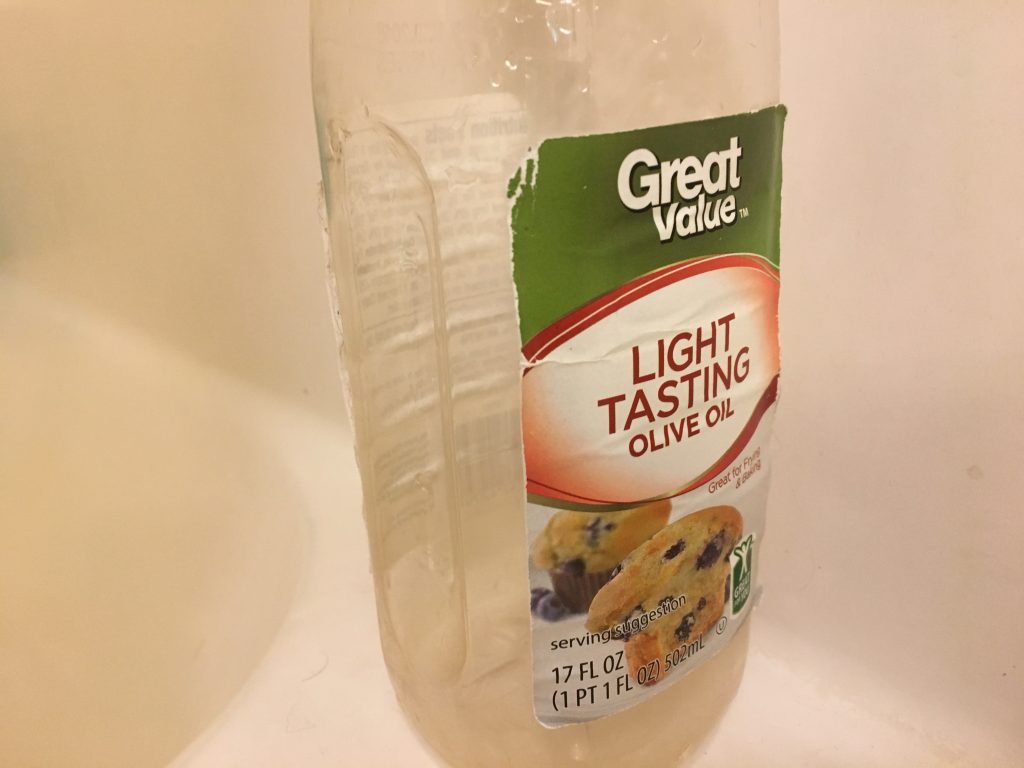 Oil and vinegar. Salad dressing ingredients. I think the conclusion is clear.

Because my classroom air conditioner isn’t working, I’ve been thinking about alternative cooling methods. I got some fans of course, but someone mentioned swamp coolers in passing, and that got me interested. I decided to research them a little.

The basic idea is that you get a fan to blow through something wet. The water changes state from liquid to vapor. Changing state requires heat energy, which the water gets from the air. With less heat energy in it, the air not only feels cooler, it actually IS cooler.

Swamp coolers require continuously circulating water, which requires a water pump. I decided to Lauren it. I got an air conditioner filter, cut it into a couple of pieces, and poured some water on it with a cup. 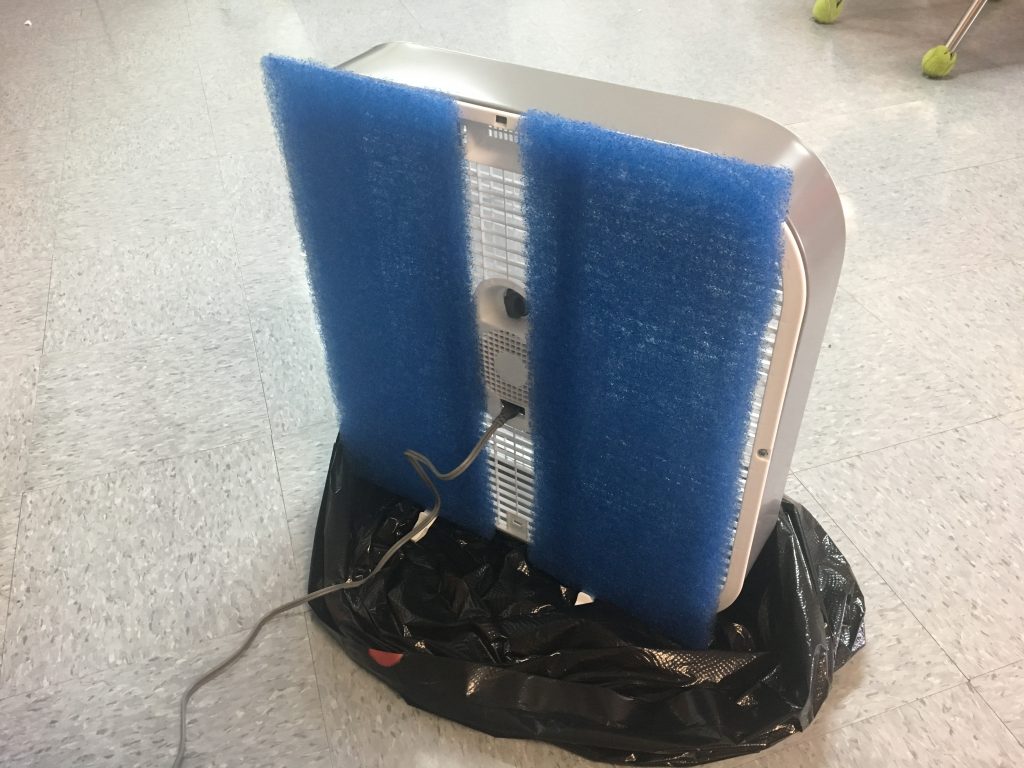 The trash bag is to catch the excess water.

It didn’t seem to feel any cooler than a non-filter fan when I put them side-by-side. I think maybe the continuously running water may be a requirement. Alternately, I could have been too humid yesterday. If there is already a lot of water in the air, it seems like not much more would vaporize in a swamp cooler.